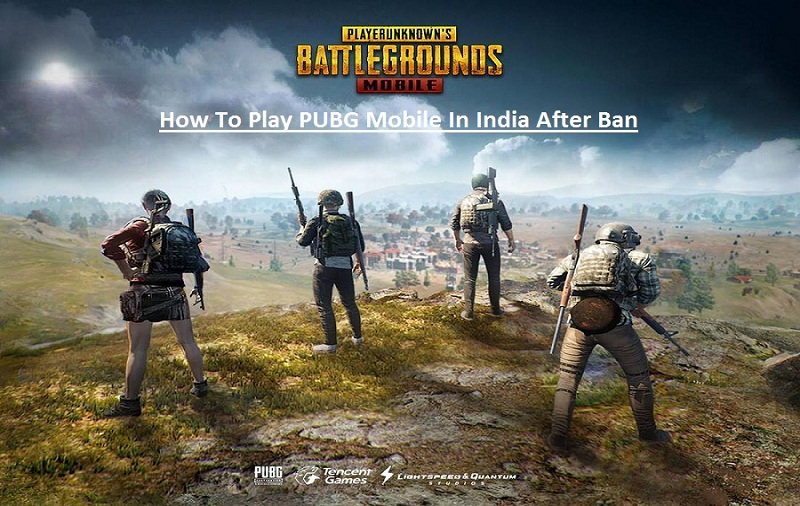 Since the dispute between India-China border started, the India Government took the matter seriously and started banning every Chinese app in India due to the user’s privacy concern. Recently, the popular battle Royale game Pubg Mobile got banned in India along with 117 Chinese apps.

Pubg Mobile has around 25 per cent users from India. The sudden ban on the game will affect the revenue of the game for sure. But the government disappointed more than 170 million India Pubg Mobile users. Luckily, we are here to help those 50 million games as we have come here with the tips and trick to play Pubg Mobile in India after the ban.

If you are a Pubg Mobile India player and looking for the way play the game on your smartphone, then we would love to share this trick to play Pubg Mobile after a ban in India.

Disclaimer: You should also know that we are not encouraged to go against the Indian government’s law. We aim to provide information to our users.

How To Play Pubg Mobile in India After Ban

Here we are going to show you two different methods to use Pubg in India. Without further ado, let’s get to the guide!

Note: You should also know that you may get banned for using VPN sometimes. So we suggest you use some temporary account.

Step #1: First, you need to install the VPN service on your mobile. We can suggest the UFO Free VPN. You can event use some premium VPNs which is available as paid.

Step #2: Once installed, open the VPN and connect to other servers like Singapore, Japan, or any other country.

Step #3: Now you can open the game on your device and enjoy it without any restriction.

(If you have haven’t installed the game yet, then you can go to the pubgfreedownload.com page to download latest Pubg Mobile APK + OBB file)

Let’s go to the second method.

Many Pubg Mobile India players also play the Pubg Mobile KR version is it offers very smooth gameplay and better performance. So in our second method, we are going to shows you how to install Pubg Mobile KR in India.

Step #1: First, you need to install Uptodown App Store on your Android device.

Step #2: After that, you have to download Pubg Mobile KR APK file on your device.

Step #3: Now install the game and play Pubg Mobile KR without any restrictions in India.

Hope you followed the guide successfully and adequately installed PUBG Mobile on your smartphone in India. Do you know any other trick to play Pubg Mobile game in India even after the ban? Please feel free to share the trick with us in the commenting section.