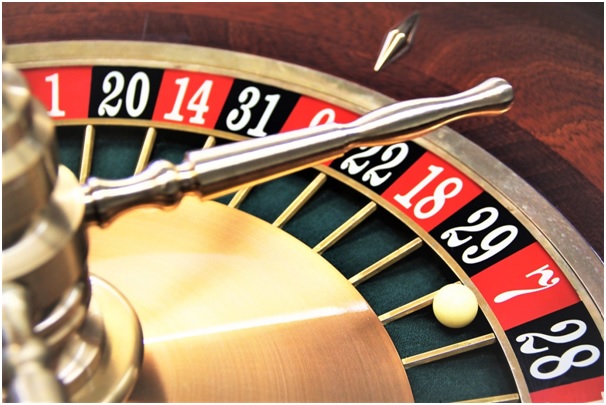 Originally, roulette is believed to be invented some time at the end of the 18th century, France. Our modern version is believed to be a combination of a gaming wheel and Biribi – a medieval and renaissance period game of chance, similar to roulette and famously played by Casanova.

Because roulette has impacted so many generations and centuries, it is fairly hard to pinpoint the exact point of its invention. Perhaps this is why there are so many different theories of origin.

The roots of roulette

Mankind has been gambling since before we started writing. We just love getting lucky. At first, gambling was about taking risks when hunting and exploring. There is even an age-old saying that fortune favours the bold. Naturally, we do not really want to risk with our lives, money is sort of more expendable. Then started the era of gambling games.

There is a rumour that medieval Dominican monks inspired the creation of roulette by introducing an ancient Chinese board game to Europe. There is, of course, no real proof of this being the case.

Games involving some sort of spinning element have always been fascinating to us. From spinning bottles to spinning roulette wheels – we like ‘em. Even the ancient Roman soldiers did because they spun their combat shields as a method for gambling. As did the Greek soldiers, by similarly, spinning their shields and trying to predict the stopping point.

Our modern version of traditional European roulette was born and bred in Europe. According to historical documents, at least.

At first glance, roulette might seem like a simple game involving spinning a wheel, observing a white ball and randomly placing bids on a board of numbers. This might be the case for somebody not educated in Roulette.

While someone starting to play European roulette might read the complete guide to roulette, others prefer practical experience. Roulette is an infinitely complex game, which is probably why it has taken our Modern World by such a storm.

Originally, roulette had two slots reserved for the house, a zero and a double zero. This was the initial standard in Europe until in 1843 when the Blanc brothers changed it up a little. Having removed the double zero slot, they created a new version of roulette. Played all over Europe and most of the World. That was the birth of European Roulette as we know it. The initial version of roulette travelled to America and the Caribbean, where it became a standard.

American roulette has different rules, when the ball falls into either one, the banker takes everything except what was bet on that particular slot. European roulette has a different approach to this, having only a single zero slot. When the ball falls there, players have two options to choose from: either concede half the bet and reclaim the other half or so-to-say “imprison” that bet for the next spin. If that next spin turns out to be another zero and the player had bet on another number, they will lose the entire imprisoned bet.

Having come such a long and glamorous way, European Roulette is here to stay. It has taken our casino and gambling industry like a hurricane.Today, we cannot even imagine casinos without those shiny roulette tables. This game has been favoured by glamour, celebrities and history and will more than likely withstand the test of time.