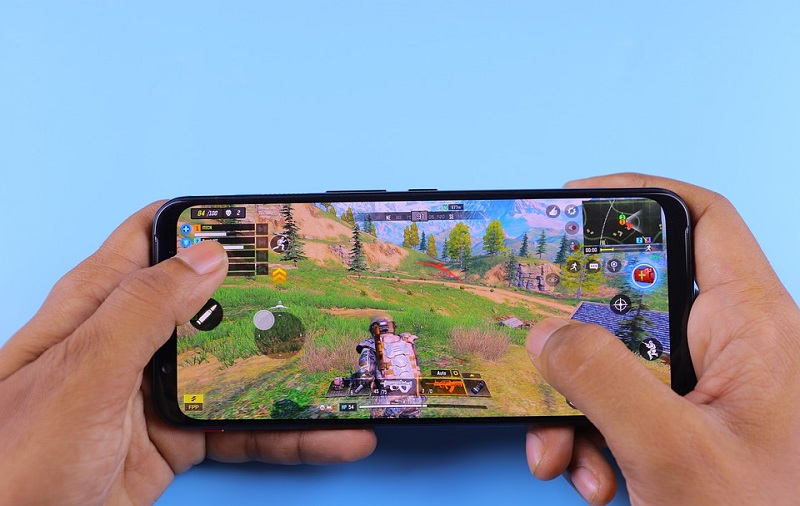 Bypassing both consoles and gaming PCs, mobile gaming revenues made up 60% of the total spend in the video game market in 2019.

Mobile gaming has also become popular with those who hesitate to refer to themselves as ‘gamers.’ This is partly because you only need your smartphone to play, rather than a gaming PC or console, and party because of the massive choice of games available to you.

One minute you can be playing a mobile port of a AAA game like Fortnite, the next a simple puzzle game, before moving on to spend your house of fun bonuses on your favorite online slots.

If you’re missing that console feel, you can even download an emulator that will run Gen One consoles games on your smartphone.

Given the immense popularity of mobile gaming, there are a considerable number of titles for you to choose from, and picking one can be a little overwhelming. To solve your gaming dilemmas, take a look at our pick of the best Android games of 2021.

An interesting little 2D pixel strategy game, Kingdom Two Crowns combines action, base defense, and RPG elements into one fantastic package. The premise is relatively simple. You are the King (which is nice), and at night, the demonic Greed monsters emerge from their portals to come and try to steal your crown.

To protect yourself, you’re going to have to rally your forces, which means paying peasants to build structures and recruiting armed forces to turn back the tide of the Greed. The game itself is engaging, beautiful, and has a fantastic soundtrack that compliments the 8-Bit art style.

If you enjoyed playing with Hot Wheels toy cars as a child, then this is the game for you. Very much in the vein of the Micro Machines racing games, Tabletop Racing: World Tour sees you take the wheel of a selection of tiny cars as they zip around a range of racing tracks made of hugely scaled up everyday objects. Fast and furious fun.

You can’t escape the obvious Cup Head influences on Witcheye, but thankfully, while not entirely original, the game had all the great things that made Cup Head a success on consoles. Witcheye is a colorful, funky, side-scrolling action ‘platformer’ with retro graphics and a difficulty level somewhere between engagingly hard and ‘bite your phone in half’ difficult.

We say ‘platformer’ because there are no actual platforms. You play through the game as a witch, chasing down a thieving knight who takes the form of a floating eyeball. This means the controls operate more like Flappy Bird than Prince of Persia.

GRIS is one of those games that borders the line between art and interactive entertainment. The gameplay loop itself is rather conventional. It’s a basic side-on platformer that sees you running, jumping, and collecting power-ups for your dress.

What sets the game apart is the fact the visuals and mood are executed fantastically. The game’s premise is that you play a girl lost in a surreal landscape constructed by her own internal trauma. The level design and art all play into that theme in a way that elevates it above its basic platforming roots.

A neon-bright offspring of Robocop and Judge Dredd combined with the frantic twin-stick shooter action of Brigador, Jydge is the creation of X-Com creator Julian Gollop. You play as a cybernetic law enforcer who stomps around the future megacity of Edenbyrg, dishing out punishment with your only law enforcement tool, a massive gun called the Gavel.

Have you ever wanted to run your own banana republic from the safety of your smartphone? Well then, Tropico is the game for you. A mobile port of the venerable city management sim, Tropico lets you run your own island through a mixture of brutal dictatorship, bribery, and populism.

The idea here is to shoot for having an adoring population and a modern, effective city for them to live in. However, you might have to make sure they don’t have access to tricky new ideas or rig, or an election to see your plan through to the end.