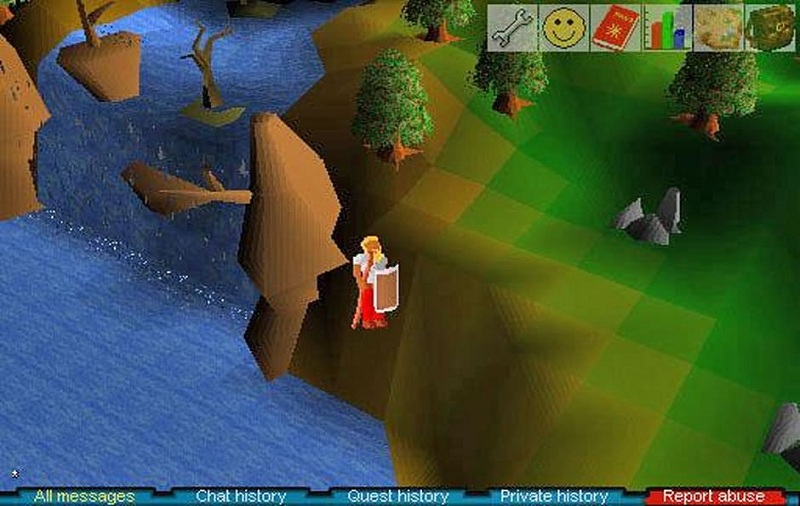 The RuneScape was published for the first time in 2001. The special retro version “Old School”, which was modeled on the RuneScape 19 years ago, continues to grow.RuneScape is one of the oldest MMORPGs in the world and comes from the British developer Jagex. For many players aged 25 to 35, the cheerful game was the first point of contact with an MMORPG. It came out in 2001 as a free browser game and has since played out in the pseudo-medieval fantasy world of Gielinor.

Since the closure of Classic RuneScape, there have been two versions of the game:

RuneScape 3: This is the “normal” version, which receives regular graphic revisions and is also expanded with gameplay changes.

Old School RuneScape: This version is based on the 19-year-old RuneScape from the beginning and was released in 2013 at the request of the fans. The game still has the old graphics, which we would probably call ugly from today’s perspective.

The retro version has more players: For years now, forum posts have been popping up with the question of why Old School RuneScape is still played so actively. It even goes so far that many fans prefer the old version to the “normal” RuneScape 3.

More than 50,000 simultaneous players in 2021:  Old School Runescape manages to gather around 50,000 to 60,000 players at the same time every day. Since its release in 2013, there has even been a strong upward trend, as the blue line in the graphic below shows.

Popular on Twitch: Even on Twitch, nobody seems to be bothered by the pixelated graphics and old gameplay. The Twitch page on Oldschool RuneScape has 179,304 followers with 9,707 viewers. The eSports PvP mode “Deadman”, which takes place in seasons, is particularly popular here.

Why? Anyone who looks at Old School RuneScape from the outside must inevitably ask the question of why. Why should so many players prefer this old MMORPG when there are other, more modern, pretty alternatives like World of Warcraft, The Elder Scrolls Online, or even a modern RuneScape.

we got to the bottom of exactly this question and therefore found some data pf the last Runefest events, a large fan festival where players and developers celebrate their game together. The Runefest had enjoyed great success because so many fans took part – also a sign of growth.

Extinct players a problem: If the majority of the players are veterans, one might think that one day this would become a problem. A game needs “fresh blood” to be able to run in the long run.

Young players are moving up: Old School RuneScape has a steady flow of new players of all ages. There are teenagers and also gamers who have long passed the 60. This image was also reflected at the past runefest events, where all age groups had represented. However, most of the visitors were youngsters.

A safety net for relaxation

Old graphics as support: The team at Jagex is convinced that the pixelated graphics also support this simple, which the players long for. In several surveys by Jagex, it was found that the players would under no circumstances wish to have the graphics revised.

RuneScape should remain simple and familiar: Most people want Old School RuneScape to stay the way it is. This applies to both the old and the new old school RuneScape players. Jagex, therefore, attaches great importance to marketing the game as it is. For example, for Old School RuneScape, the artwork is kept simple for advertising purposes, just like the game itself.

Old School RuneScape is Not Popular for its Look

Now the graphics and the look of the game are not the only reason why new as well as old players prefer playing this Old School game. In the RuneFest, a few years back, most of the players in the attendees were younger people and there were only a few old school players to be found.

Players are attracted by mechanics:  The festival-goers, who preferred to remain anonymous, joked right from the start that hardly any old-school players made it to the festival because they were too busy playing. Because Old School RuneScape also means old school grind.

Players invest a lot of time and resources here to achieve certain goals in the game. In the “modern” RuneScape 3 there are a few functions that make the grind easier and shorten it a bit. Exactly these old systems are appreciated by the old school players.

Old School RuneScape simply leaves more room for imagination. Do you know the phenomenon of the “Uncanny Valley”? When things want to appear like real, but they are not and that somehow gives you a bad feeling?

The “modern” RuneScape gives this feeling. When you look at it, it tries to look really good, but it’s actually not that great. That’s why we like old school. We actually only play the game because of the system, the way it works, and not really for the look.

Old School RuneScape for iOS and Android is also available. The modern version is still a bit late. However, people are loving playing it. According to the developer team, expanding the platforms for old school RuneScape is an important means to continue growing. Jagex wants to expand this beyond mobile in the future.

The Old School game is like a beloved neighbor next door. Not an exciting beauty, but kindly charming. she may not be as wicked y as the young thing who looked at you mischievously. Old School RuneScape is this one friend next door, with whom we immediately feel safe. Both have their charm. Here we throw ourselves on the old couch we have been sitting on so many times and just let ourselves fall. We accept it with its quirks as it accepts us with ours. This is exactly why we love it, which is exactly why she is particularly charming and, in her way, a real beauty