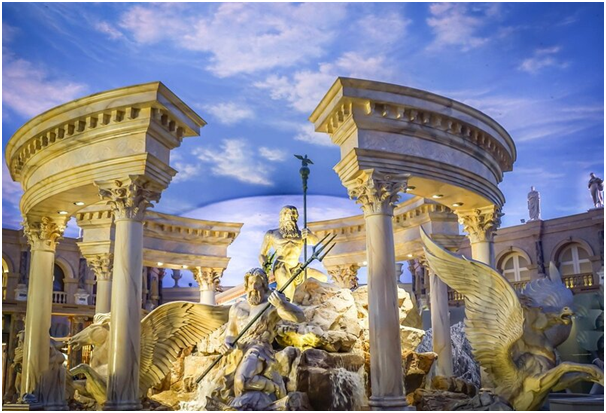 A term that could go down as one of the defining buzz words of the last decade is ‘remote,’ with remote work, remote meetings, and remote pub quizzes taking over everyday life as the world grows smaller. Much of the general public’s life had been taken over by screens and cameras attached to devices anyway, so the foundations were already in place for an increasingly remote way of life to be quickly adopted, as well as for the rise of remote travel.

The oxymoronic concept, also termed ‘virtual travel,’ offers a quick, easy, and convenient way for anyone to explore the far corners of the world. As it turns out, many of the planet’s hottest tourist destinations and must-see attractions already boast an online offering, enabling for a session of remote travel to encompass much of the globe.

There are several different ways that you can go about indulging in some remote travel, finding the experience online, seeing the sights, or going for total immersion from home. Here’s our Tech Men how-to guide on travelling without moving.

Getting the experience at your convenience

They say that you have to be there to believe it, but in many cases, you can get the experiences that you seek from travel via the internet. In fact, one of the most prominent tourist destinations in the world is entirely built on offering bits from other destinations in one place, Las Vegas. Sin City boasts Roman-themed buildings, a more massive London Eye, Venice, New York skyscrapers in the form of a hotel, a sphinx and pyramid akin to those in Egypt, volcanoes, and the Eifel Tower.

One of the most sought-out experiences of Las Vegas is seeing all of these sights in one place; the other is testing your luck at the casinos. Famed as the long-standing bastion of gambling entertainment in the United States, to compete with the rise of other states introducing casino gaming, Vegas has commissioned its casino floor slots to be playable online. Found among the top games at Vegas Slots Online, Sin City staples like Quick Hit, Buffalo, 50 Lions, Triple Diamond, and 5 Dragons can all be experienced online.

Some other travel experiences are more challenging to digitize as they require human interaction to work. However, just as many jobs have turned remote, so have some of these top travel experiences. For example, many people travel to Spain or France to undertake some cooking classes in these culinary capitals of the world. So, Que Rico Tapas and Les Petits Farcis decided to run live courses to teach the cuisines online.

See the sights as a remote tourist

Anyone can look at images online to see some of the incredible sights from around the world, but remote travel is about seeing the points of interest as if you were there in-person. Thus, virtual tours have risen to the fore, with so many of the world’s most inspiring venues setting up their own digital walkthroughs. Among the leading virtual tours that you should see are those of The Louvre, Smithsonian National Museum of Natural History, San Diego Zoo, Legoland Hotel, British Museum, NASA, and the Great Wall of China.

If you’re looking for more of a free-flowing experience where you can look around some of the greatest cities in the world, unencumbered by image borders, 360 Giga Pixels is the perfect place to look. The site specializes in panoramic images of city skylines, offering you an easy way to look around and even zoom-in across some of the most incredible locations in the world.

Immersing yourself in iconic destinations

It’s been played off as a gimmick, for the most part, until now, but virtual reality offers an unequivocally immersive virtual travel experience. Now, there are more options than ever for you to move around and experience the sights and sounds of iconic locations from around the world.

The National Geographic VR app is one of the must-try experiences for exploring the world, but if you want a bit more of an engaging experience, Chernobyl VR Project has to be the pick of the bunch. Standing as the very first virtual tour of the Chernobyl area, it blends in augmented reality, a narrative, and some game mechanics to further inspire your exploration of the former Ukrainian power plant that nature has since reclaimed.

Whether you want to experience the thrills of one of the entertainment hubs of the world or go exhibit-to-exhibit in the most enriching venues in the world, you can do it all as a remote tourist.