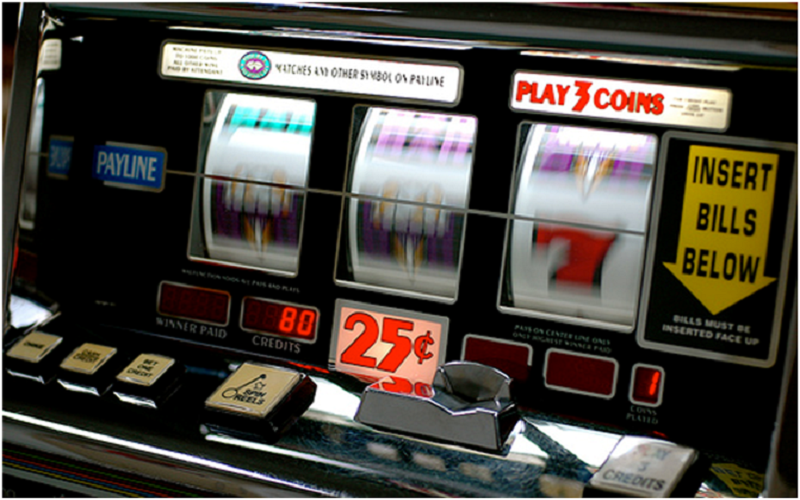 The mobile gaming industry is absolutely thriving, with the total revenue made in 2018 from smartphones and tablets exceeding $28 billion. Part of the reason why the handheld devices are way ahead of consoles and PCs now for gaming is due to the fact that online casino games have become hugely popular on mobile. One of the most-played casino games for mobile is slots, which have advanced massively since the first machine was invented over 100 years ago. The question is, have slot games reached their pinnacle on mobile or can they still evolve further?

While the retro one-armed slots of old are novel to look back on and admire, the reel-spinning games have come a seriously long way since then. Slots are one of the few games that have adapted and continued to thrive as new waves of technology come and go. The games have evolved and changed so much, but continue to draw in huge numbers of players. Prior to the internet, casino goers may have thought that video slots were the ultimate form of playing these games, but online casinos have led to the development going one step further.

Online slots nowadays almost always feature five reels rather than three, multiple pay lines, and unique and interesting themes. Instead of the cherries, lemons, and grapes of old, the symbols have been replaced with themes from popular TV shows like Game of Thrones and movies like Jurassic World. There are even cool effects like parallax scrolling and mini-games, which, in some circumstances, require an element of skill.

Slots are arguably at their visual peak when viewed from the graphically advanced screen of the latest mobile offerings from Apple and Samsung. Because so many people now play from mobile, developers are actually gearing their titles to the smaller screen with desktop now being a secondary consideration. Some notable slots with amazing graphics include Hitman, The Lord of the Rings, Battlestar Galactica, and Tomb Raider.

Many mobile slots players would argue that the game has reached the pinnacle of its evolution. To consider how far it has come, it is amazing that the games have turned into such hi-tech, stimulating, and aesthetically stunning creations. But, while technology is still progressing, it would be wise to assume that slots will move forward in tandem.

The next stage for slots is likely to be a virtual reality makeover, with some developers like NetEnt already seeking ways to turn slots into a VR experience. One of their early offerings, Jack’s World VR, allows players to stand in front of a giant set of bricks which spin round in the same way reels do. If VR catches on, ideas like this could take off as well.

While it seems as though slots for mobile are as good as this game gets, there is still potential for it to advance even more. Who knows, in another hundred years, the mobile slots of today could look as ancient as the one-armed bandits of yesteryear.