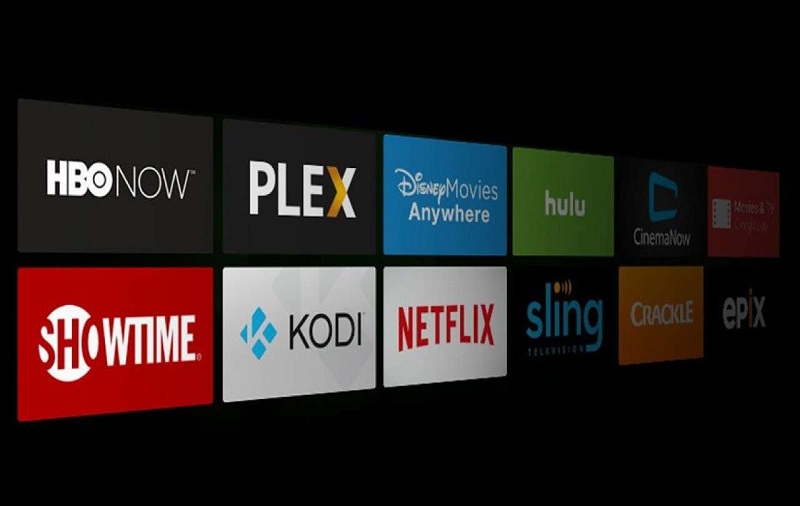 The mid-2000s to mid-2010s was the period of downloading movies from the internet. Free movies downloading sites and torrent sites were highly popular among movie devotees at that time. But since the beginning of the last decade, the popularity of online movie streaming applications has increased exponentially. Netflix, Amazon Prime, HBO Max, Hulu, Disney+, Apple TV+, and there are several more. Well, these are some of the best movie apps but users have to pay a monthly or yearly fee to enjoy their service. That is why we are going to name a few legal free movie apps for Android and iOS where users can watch movies online for free. These free movies apps may not charge anything but users have to deal with commercial breaks or ad popup in-between watching the movies or TV shows. These are free Netflix alternatives.

This service can be considered the best source of entertainment for a night of cult, horror, and comedy films. The library is very vast. It is ideal for those lazy days when you want to see popular movies and don’t have much to think about. Just enjoy. Cult, horror, indie films, and, of course, Hollywood comedies. A great free alternative to Netflix. Popcornflix apps can be installed on every device that runs on iOS and Android. It can also be accessed on its website, Smart TVs, Roku, and Xbox.

It is a page that works with a program very similar to television, that is, you will have to be attentive to the times when the content passes. It is owned by ViacomCBS so, you may expect some good amount TV channels for live streaming. The content cannot be downloaded so you have to watch it live. Along with the free streaming of TV channels, you get a good collection of movies and TV shows. The big disadvantage of services like Pluto TV is that you can’t watch content when you want to or fast forward and repeat what you’re watching.

Viewster is an amazing free movie app but now it has been purchased CONtv and will also include anime content. It has been rebranded as CONtv Anime. It is the ideal space for those looking for different and alternative entertainment. If you like Korean anime and cinema, here is an option to keep in your favorites. It has several categories, such as animation, children’s, classics, action, comedy, westerns, war, documentary, and many more including drama, etc. All the iOS, Android devices, and Smart TVs are compatible with this best free movie app.

The Hulu is one of the most popular free alternatives to Netflix and although the focus in the series, Hulu also offers films. It is among the top free movies apps. There are several well-known contents available to any user. Series like Modern Family, American Dad, Bones, Family Guy, and many are available for free. There are some “drawbacks”, such as the advertising that may appear in the middle of the episodes or even the fact of limiting the transmission of content to your computer, that is, if you want to enjoy iOS and Android apps will have to pay for that.

Tubi or Tubi TV is an American free video streaming app that allows users to watch free movies and TV shows at no cost. Users do not have to pay a monthly fee but the site generates revenue by advertising. Tubi has a collection of some popular movies and TV shows that can be enjoyed on its website through PC or on Android and iOS devices. Tubi can be a great alternative to Netflix and one of the best free movie apps in 2021.

Yes, Sony has its own streaming service and that is totally free. Crackle has a decent number of movies and TV shows that can be watched on its application of Android or iOS and its website on PC. There many popular Tv shows like Joey and Seinfeld, among others. It also has some classic Sony Pictures produced movies. Users only need to sign up for free on this free movie app and they can enjoy any movies or series with fewer ad breaks.

As the name implies, the focus of Retrovision is Hollywood classics. If you are a fan of films like “Casablanca,” “A Serenade in the Rain,” and films from that time then this site is for you. But Retrovision is not just about movie classics, it also has a famous TV series like Bonanza and Star Trek. This one of the best free movies apps is a must for more nostalgic fans. It can be downloaded on Android and can be accessed on the PC through its website.

The Butter is the younger brother of the famous popcorn time. Developed by the same creators, Butter can be considered the 100% legal version of the application. In addition to making the code available to anyone who wants to make a clone version of PopcornTime, Butter also intends to offer visibility to independent films and series. It still doesn’t look like a great PopcornTime, but you can already start to see a simple free alternative to Netflix here so it can be a great free movies app.

The Kodi is a media center that allows you to access all kinds of multimedia files, or also you can see films and series. We can then realize that Kodi is also an excellent free alternative to Netflix and one of the best free movies apps that allows you to view all the content you want when and where you want. Yes, Kodi is also multiplatform. It can be a little tricky to understand, as it has an interface that leaves something to be desired, but with a lot of training, Kodi can become your best friend.