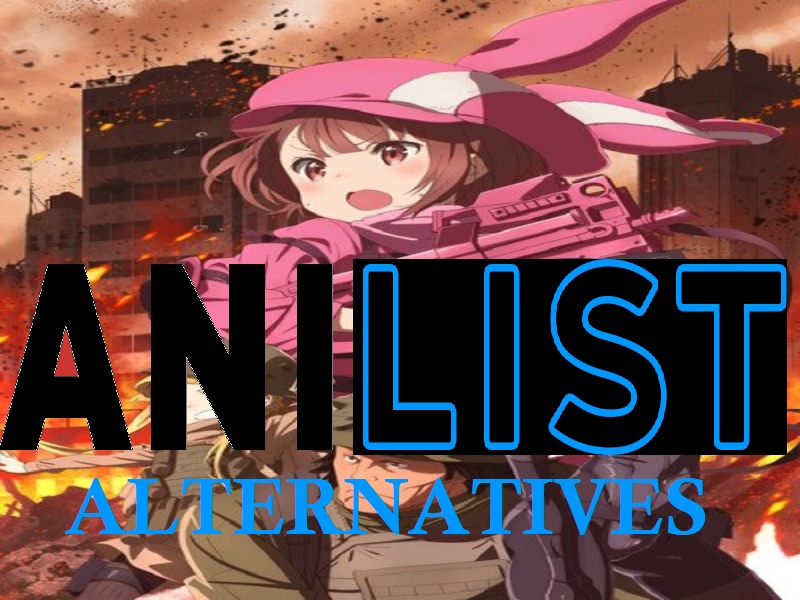 If you are here to find some best sites similar to Ainilist then you don’t need an introduction as you must be an anime fan who loves to have every kind of information and news about anime and manga world. Users can get all the information regarding anime and manga on Anilist. Users can also get direct links to download and watch anime for free from Anilist. It has a huge collection anime which users can stream online. It offers both official and third-party website links to watch anime and manga. What you have to do is just log in to the site or create an account and get anime, manga, community, news, articles, reviews and lot more. Users can communicate with other anime fans in the Anilist community.

Definitely, Anilist is one of the best websites or I would rather say social platform where users can get everything about anime. But for a hardcore anime fan, a single website to suffice their appetite for anime, manga, news, information about characters, and everything is not enough. So in this post, we would like to give you some best alternatives to Anilist. These similar sites like Anilist will also offer you similar features like Anilist but lastly, you have to decide which one you find best suitable for you. So for all the passionate and enthusiastic anime fans, we made a list of websites similar to Anilist that you can use as alternatives to Anilist.

MyAnimeList – The best alternative to Anilist

When we are talking about the best alternative to Anilist then MyAnimeList is on the top of the list. MyAnimeList is much older than AniList and both the sites have many similarities like users can rate the anime and manga on the site. They can make a list of their favorite manga and anime. Apart from that, users can also get all the information, news, and details of the character in the new as well old anime shows. Users can sign up and put on their profile and the list they can put download and streaming links of the anime and manga.

Kutsi is one of the best Anilist after MyAnimeList. Previously available as hummingbird.me is now rebranded as kitsu.io is becoming a new anime platform and more like a social platform for manga and anime all around the world to track all the happenings in the anime entertainment world. They will get all the details, information, news, and they can discover what they love about manga and anime. Just like AniList, it is also a community-based site where users can share what anime or manga they are watching and the share their experience, ratings, reviews about them.

SMKL is also a similar site like AniList. Once you are logged in after registering yourself on the site you will be able to track all the things about the anime world. You can connect with Netflix, Kodi, VLC and other streaming players and it will automatically track what you are watching. Users will get notifications when anime episodes or movie release. New users or new anime fans will get suggestions on what to watch. You can also rate the shows that you have watched how you will recommend them to others. It offers a mobile app for all the platforms and a dedicated calendar feature to sync and get a reminder to watch what you have set to watch.

Crunchyroll is a legal alternative to Anilist, unlike other sites. It offers anime shows and movies for free and some premium features are available for premium paid subscribers. It has more than 2 million premium subscriptions worldwide over 45 million registered users in total. With anime shows/movies, users will also get to enjoy Manga and Asian TV for free with Crunchyroll premium membership. Crunchyroll will also inform you about all the latest news, announcement, and other details about the anime shows and manga. With all these features Crunchyroll is considered to be one of the best alternatives of Anilist.

KissAnime is one of the best alternatives to AnimeDao. On KissAnime, you can free stream anime shows in HD quality without signup or registration. KissAnime is also known for its huge collection of anime shows and movies from Japan and Korea. It has become the best destination of anime lovers due to its intuitive offerings. Users can watch anime in high quality with English subtitles of dubbed English version if available.

These are the best alternative to look for if you need. Anilist is definitely the best anime website as a social platform but if you are want something more then you can pick any of the sites given here. Many of the users on Anilist are youngsters so the reviews on the site can be biased towards the typical genre. Thus, you can check on these sites as well.