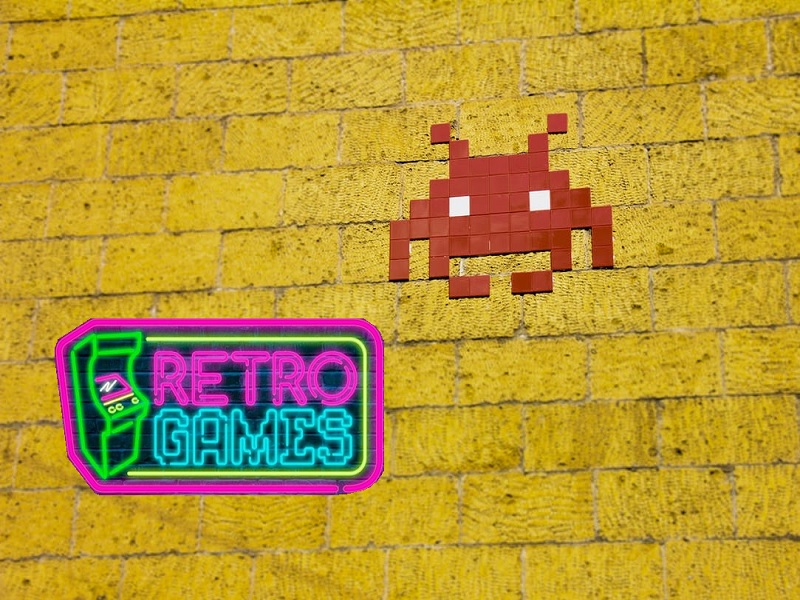 Before we take a deep dive into why we all love what all games do, let’s take a second to explain what retro gaming or playing of retro video games is. Retrogaming can simply be described as old school gaming or the collecting and/or playing of older pc, console video games that are obsolete or have been discontinued.

Recent Released: Why Crypto Casinos are the Future of the Casino Industry

Whether it was Arcade games like ping-pong or role-playing games like Contra, current participants in this type of gaming still exist and they are sometimes regarded as retrogamers. Retrogaming or playing of retro games consists of three main activities; vintage retrogaming which involves playing these old games on the original consoles like Nintendo 64, Famicom retrogaming emulation which allows modern gaming consoles or PCs to simulate old gaming devices and ported retrogaming playing of old games on modern hardware with the use of ports.

Although modern games like video slots, casinos, or other table games have become more advanced with technology; a lot of them still offer a little taste of the old retro video games’ magic. Players and fans of the old game can still find solace while enjoying their favourite slots. Let’s see the most popular retro video games according to the year:

The continued development and production of Indie games like Minecraft, Disco Elysium, and Rocket League have helped retro gamers relate to some of their favourite retro games. However, nothing creates the magic or the pure excitement of playing old arcade games on an old arcade machine or playing against your best mate in games like Street Fighter whilst using the same console.

So what made playing retro games fun back then as well as even in this day and age? Is it the fun? Is it the simplicity? Or was it because they offered fewer complications or overthinking? Here are some of the reasons why we think retro video games had a magical effect on gamers.

Nostalgia can be described as a bittersweet combination of positive and negative emotions that originate from meaningful events in one’s past. However, in the instance of retro gaming, the positive feeling always overshadows the negative.

The feeling some gamers have experienced while playing a particular game is one of the major reasons why gamers always can’t resist the temptation of going back to play some of those games. For most players, the best Super Mario game ever is the Super Mario 64 developed and released for the Nintendo 64 back in 1996. The game was being played at the turn of the millennium (back in 2000) and despite logging in so many gaming hours, many punters still would give up their hard-earned money for the opportunity to play that game in 2022.

On a personal note for me, nostalgia seems to always get me almost every other time when it comes to gaming. I remember after me and my brothers got our PlayStation 2 console back in 2005, I still found myself going to specific Game Centers just to get my hands on the Winning Eleven game developed for PlayStation 1 console which I first played five years prior to that time. Nostalgia in gaming can also be therapeutic, as recent studies in the United States have shown.

Modern Triple-A games like God of War, The Last of Us, and EA Sports’ FIFA to mention but a few are all amazing. However, we find ourselves comparing the realism of these games to the actual human environment and people, whether it’s in terms of details or graphics at least, I know I do.

With retro games, we didn’t really care about realism. Your video game character could have a carton for a head or a spoon for legs, you wouldn’t mind. As long as the game was fun, gamers would spend hours playing it without concern about graphical details! There wasn’t any worry if the environment in the game looked realistic or if the main protagonist was actually holding a real gun. We just played these games for the fun they offered and we enjoyed them a lot. And that itself is something magical.

While recent AAA games prefer to play it safe, by writing the best stories, collecting data from players on what they might like to see or not see retro games didn’t really bother about such things back then. Developers were always keen to try something new whilst offering new experiences to gamers.

I’m not so sure games like cuboid and ping-pong might be successful in this era of gaming due to the lack of risk-taking by developers, who are rightfully concerned about the reception and sales of their games. Even the infamous Mortal Kombat game added shock, blood, and a bit of goriness to its game which received a lot of backlash from parents however, they were hugely rewarded for taking such massive risks.

There are avid gamers out there who would disagree by saying who would miss the idea of cartridges and discs getting spoilt when you can always download games digitally. But the allure of having lots of cartridges back then was huge.

Some gamers are still massive supporters of physical media. They spend their money to buy them and also somewhat decorate their houses or gaming stations with them. And it is worth mentioning how easy and how much fun it was to exchange video game cartridges back then.

Before the advent of Twitch or YouTube completing a video game the hard way offered more than just satisfaction, it also offered bragging rights.

Let me tell you a short story, I’m still regarded as one of the greatest gamers by my colleagues and friends in my high school before I finished video games like Metal Gear Solid 1,2, and 3, the first God of War game as well as games like Resident Evil 1 and Super Mario 64.

These days you can watch the end of a game even without playing it. All you need to do is go on YouTube or check the game out on Twitch. You could even find ways to solve a particular problem in a video game by checking the internet. I know I’m also guilty of doing this now. However, in the days of playing these retro games, you needed to find a solution to the problem yourself by either thinking through it alone or with a group of friends. And trust me when I say it offered an amazing feeling.

I used to dream about challenges I encountered in some retro video games or just abandon them completely for a few days so I can approach them with renewed vigour and excitement, as well as a completely different strategy.

Let’s take a look at the list of popular retro games, that many gamblers would appreciate playing even now:

No Installation or Patch Updates

Fans of 2019’s Call of Duty: Modern Warfare or random gamers who’ve happened to just play the game will understand this more than most. Sometimes you just want to insert your disc and start to play the game if you just bought the game but that itself isn’t possible anymore, especially on consoles like PlayStation 4, PlayStation 5, Xbox One, Series X, and Series S.

With retro games, all you need to do is insert the cartridge or disc and you can start playing immediately. No installation required, no new patch updates to make the game better or worse, just plug-and-play. The aforementioned Call of Duty: Modern Warfare game requires you to download and install an update of more than 75GB. While the total game amounts to around 170GB in size.

Replaying games you’ve completed before is more of a mobile gaming feature than a video game one in recent times. However, replay-ability is a big deal when it comes to playing retro games.

You always want to go back to experience an interesting moment or even try to surpass your friend’s score in a certain arcade game. The type of feeling created by these actions and scenarios is one of the reasons why the magic surrounding retro games cannot be described or somewhat explained.

Online multiplayer in modern video games offers you the amazing opportunity to play with friends wherever they’re situated in the world or strangers you’ve never come across or spoken to before. While all these are exciting, sometimes you just miss the joy and thrill of playing against friends locally whilst sharing the same console and screen.

I remember I used to play this Star Wars racing game on Nintendo 64 with some of my friends up to four players at once and it used to keep me on my toes because I never wanted to finish last. Even sports games like football (soccer) or basketball were highly competitive and fun. I never wanted to lose to anyone and then wait a long time before it got to my turn again. Nor would I want someone else to take the title of being the best until the next time we all come together again.

Some people have fallen in love with retro games that providers try to make modern games somehow similar to old retro ones. Nowadays, it is not only about gaming, but gambling as well. Instead of modern slots full of cool graphics and realism, some people choose retro-style games. Among the coolest free slots no download, which are definitely the best games anyone can only play online for free, there is a list of old-style retro games, real fans of gambling always choose to play:

All-in-all, I believe I’ve tried to come up with reasons behind the magic of retro games, however, I’m certain different people play these games for different. And whatever reason that might be, the constant feature is that the feeling of joy and excitement these games gave us remains unmatched.