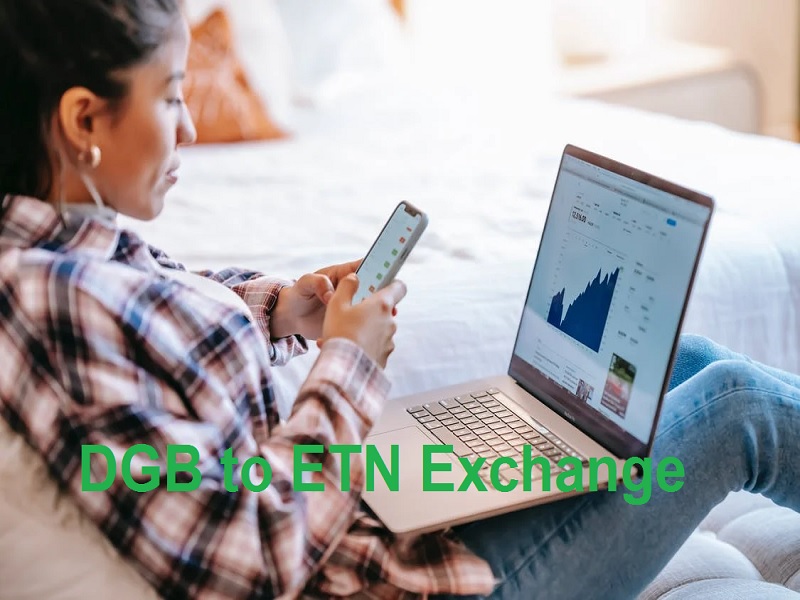 Cryptocurrencies are appreciated by investors worldwide for their versatility and profit-making capabilities. They have revolutionized the investment industry, providing accessible, high-risk, high-reward investment instruments.

That said, the cryptocurrency market is in continuous turmoil. Prices can go up or down in a matter of minutes. Thus access to quick, reliable exchanges is a necessity if you want to be a successful investor. Digibyte and Electroneum are two mineable cryptocurrencies that have managed to make some incredible gains during the latest bull run in the markets.

Recent Released: When does it make sense to bet on the underdog?

Consequently, investors might be interested in finding a trustworthy exchange where they can effortlessly swap DGB to ETN. For this reason, we have written this short article that will give you an overview of these two cryptocurrencies. More importantly, we will answer the question of whether DGT to ETN exchanges can be done without limit. Let’s get started.

Digibyte (DGB) is a cryptocurrency veteran, launched in the early days of crypto. It was forked from the Bitcoin network in 2014 to provide faster transactions and a more democratic mining process. Digibyte was one of the first coins to propose smart contracts and decentralized application deployment on its network.

Digibyte was created as a mining alternative to Bitcoin. It can be mined using 5 different mining algorithms, including SHA-256, Scrypt, Skein, Qubit, and Odocrypt.

But its greatest innovation remains the layered blockchain system that it employs to provide cheap and fast transactions:

All of these can work independently and do not impede the functioning of the other layers. Finally, it’s worth noting that DGB is limited to 21 billion coins. Additionally, the block rewards are reduced by 1% every month, increasing the coin’s scarcity over time.

Electroneum (ETN) was released during the ICO craze of 2017, and it managed to gather over $40 million through its crowdfunding event. Consequently, its price skyrocketed at the time, only to fall back significantly during the subsequent bear market. At its release, Electroneum was the first UK-based cryptocurrency, which contributed greatly to its initial success.

Like Digibyte, Electroneum was created to democratize the mining process that was becoming increasingly centralized. However, ETN goes one step further by offering billions of smartphone users the ability to mine ETN coins only with their mobile devices.

ETN forked from the Monero blockchain and conserves its proof-of-work consensus method. The team behind Electroneum released an app in 2018 that allows its users to mine ETN coins just with the power of their smartphones. Moreover, it boasts extremely low transaction fees (0.00001 BTC), making it incredibly useful for international money transfers and remittances.

Why Exchange DGB to ETN and Vice Versa?

There are many reasons why you would want to swap DGB for ETN or vice versa. For example:

Regardless of your reasons, we have found the best way of swapping these tokens.

How to Exchange DGB to ETN Without Limits

Many investors and traders choose Godex.io as their go-to solution for exchanging DGB to ETN. One of the main reasons for this is that this decentralized platform doesn’t limit you in any way on how many tokens you wish to exchange. This is a great feature as popular exchanges will require you to go through hoops to increase your exchange limits.

This might include lengthy KYC procedures or complicated registration processes. On Godex, there’s no registration whatsoever, so you can swap as many cryptocurrencies as you wish almost instantly. Additional benefits of this service include:

This was an overview of Digibyte and Electroneum, two mineable cryptocurrencies that can be used for exchanging value on the internet. You can now make an informed decision when swapping DGB for ETN and use Godex as a reliable and trustworthy solution for your transactions.