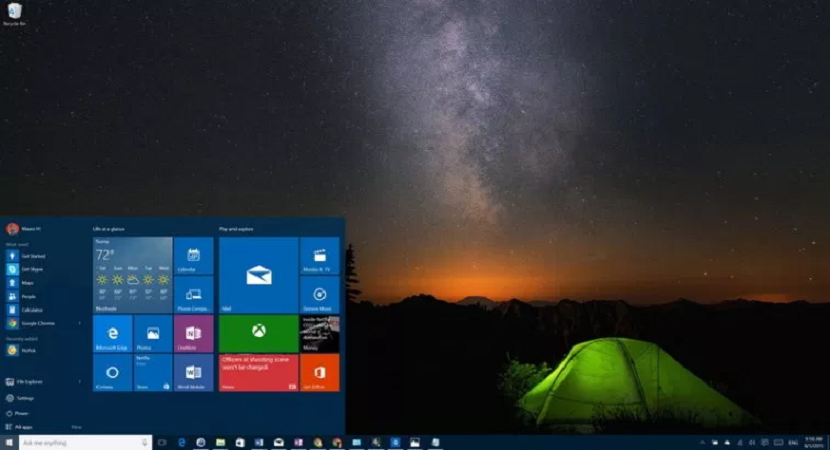 Given this technology-driven era, it is not surprising that more and more people are stuck to their phones and computers. The one thing that everyone seeks is efficiency and easy task load of their systems. If you are someone who is riding on a similar boat, you would definitely know and understand the importance of the Service Host Superfetch. This has taken the technological world by a whirlwind due to its efficacy and amazing impacts. If your CPU management in the computer has been out of control lately, this can actually be quite beneficial in getting that sorted out for you.

Here, we will try and walk you through every last detail you possibly need to know about this service and how it can be beneficial for your computer.

What is the Service Host Superfetch and what does it do?

Superfetch is part of the Windows Vistas and its successors and is a part of this operating system. This is the latest technology which is imbibed in the Windows OS to help manage the random memory on the computer to ensure that all the applications run smoothly and without any hindrance.

Not just that, it has also been found to integrate well with the third-party applications and even the components of the Windows to execute some of the auxiliary tasks.

When it comes to how Superfetch works and what is the primary mechanism behind the same, the logic is actually quite simple. This works by reading and storing the data on a regular basis about the applications which are frequently used by the user. This is done by reading the data directly from the RAM instead of relying on the data from the hard drive. Owing to the fact that the process of reading data from the RAM is considerately easier and much simpler in comparison to the hard drive, it helps you open the applications within the blink of an eye.

So, how it does boost the system? It follows three simple and easy steps:

How does the Superfetch go wrong?

Much like any other of the Windows features, it is not surprising that there are often times when the problem is extended to the Superfetch as well. There have been times reported when this technology has gone completely wrong and done worse than good.

If you didn’t know, owing to the fact that Superfetch is consistently running in the background, it tends to make use of your system’s resources which mainly includes the CPU and RAM. This might not necessarily cause issues with low data usage system but if you are using a heavily optimized system, chances are that it will make your system lag and cause multiple slowdowns as well.

Not just that, it has also been reported to have issues while the preloading process as well. Many users have complained about their system’s slowdown while the booting process of the Windows. In short, it is believed that Superfetch predominantly works around to slow down your system in order to counteract the slowdown at a later time which is nothing but counter-intuitive.

Apart from that, several of the Windows users have even complained about spikes of usage of not just the CPU but the hard drive as well, especially if you are an avid gamer. Although, these issues have only been complained about on the computers which have around less than 4GB of RAM.

The only issue is the fact that it is often hard to detect the issue and the overcrowding of the CPU and hard drive when you open up the task manager. This is mainly because Superfetch isn’t listed as its own process which is what makes it harder to detect around. It is found under the generic term “Service Host” which not many people are often aware of.

How to disable Superfetch?

Owing to the fact that Superfetch sometimes does worse than doing something good, more and more users are trying to find ways to either disable it for good or find ways to swerve around the problem. If there are no significant slowdowns in your system, chances are that disabling Superfetch won’t necessarily cause and groundbreaking changes to your system.

Alternatively, if you have been witnessing spiked storage in the hard drive or even the CPU, it is beneficial for you to disable Superfetch. Many people have this notion that disabling Superfetch might end up affecting the system but that is not necessarily the case. 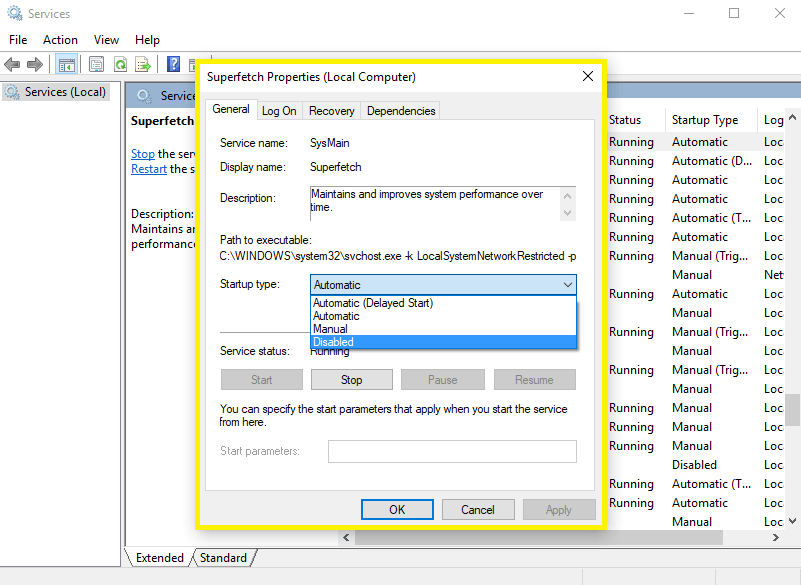 If you have been seeking ways on how to do it on your Windows, we do have a rundown of the process step-by-step to make it a lot easier for you.

Superfetch does well for some systems and some people have heavily complained about it as well. So If you are someone who has constantly been experiencing the slowdown issue with this specific application, it is time that you opt for ways to rectify the same by disabling the application for good. Irrespective of the disabling, it doesn’t necessarily do anything worse for your system which is definitely an added bonus. If your system has been consistently lagging, make sure that you look around for this issue and disable it as soon as possible.