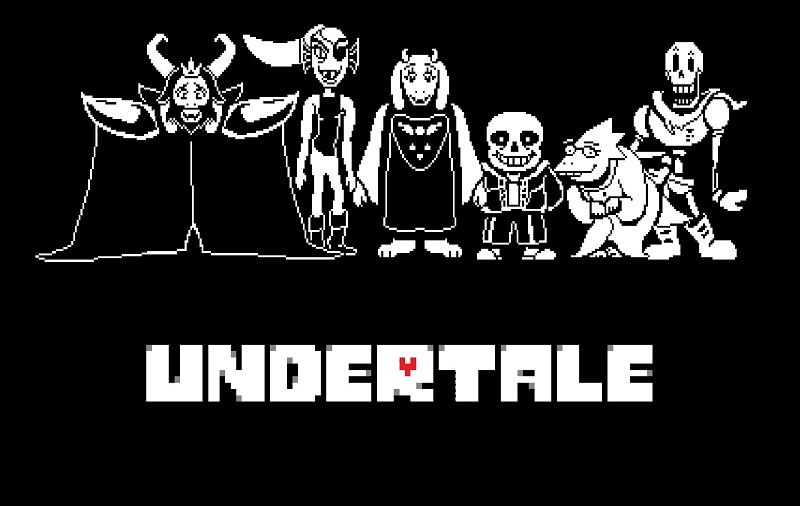 We are sure you have all heard of Undertale right? If you are reading this article then you probably have a good idea of what we are on about but if you don’t know we shall give a brief outline. Undertale is a new RPG for PC with a very unique style of gameplay. Basically, Undertale is an indie RPG for PC and Mac. It tells the story of two races i.e. the monsters and the humans. While on the one hand, the humans defeated the monsters and banished them to the underground or what they call the “ruins.” The humans stayed on the overworld but every now and then a human fall into the underground. So, now you have to take over the role of one of the humans that fall into the underground. This is the main story of the game. The character design is incredibly unique. Not only that but the interaction with those characters is so great and you get a lot of funny dialogues.

That’s it. if you are new to this game or you haven’t reached to the next few levels then we don’t want to give any spoiler of the gameplay. But knowing some unknown fun and mysterious Undertale is always a good thing. So, in this article, we are going to be going over 10 facts that you didn’t know about Undertale. You may know some of these things but if you finish the article having learned at least one new thing then we will be happy.

The theme that plays during Sans’ boss battle, Megalovania, is not actually unique to Undertale. It is a recurring theme that has appeared several times in Undertale’s creator Toby Fox’s other works. The first of which being his EarthBound Halloween Hack and the second being Homestuck. Undertale’s version of it is definitely our favorite though.

Speaking of the name screen, if you input the name Frisk then, you will be able to play Undertale in hard mode. Don’t get confused so, Frisk is the name of the character control to Undertale but Frisk is not the character that you are naming at the beginning of the game. Undertale hard mode only lasts until Toriel’s boss fight. There are a few notable differences though. Harder monster battles only being able to take three counties instead of four and Toriel’s death being interrupted by the annoying dog. Pretty interesting though.

4 – Secrete Behind the Name of AsgoreDreemurr

The name of the Underground’s king “AsgoreDreemurr” is an anagram. The letters in his name can be rearranged to spell out “sage or murderer.” The definition of sage being “a profoundly wise man” and the murderer is probably referencing the fact that Asgore killed six humans in order to acquire their souls.

During the first stage of Undyne’s fight if you repeatedly fail to block her attacks then, she gets really mad and says a bunch of funny stuff like “I’m not your freaking kindergarten teacher.”

In the Tem Shop, there is an option labeled “tem pay 4colleg” for a pretty sweet price. However, if you actually decide to do this then, you will unlock an item named “Temy ARMOR!!!” It is an item that makes the game’s come back completely broken by increasing your defensive significant amount among other beneficial effects. The things you can do with a college education.

7 – What If You Try to Hack the Undertale

If the player hacks the game then there is a special ending. It initially appears to be an error handling message until sounds address the player as “a dirty hacker.”

In absolute snail farm, there is a minigame named “Thundersnail,” which allows you to raise snails. The outcome of the raise depends on how much you encourage your snail. Encouraging the snail too much will make it feel under pressure and it will burst into flames. The funny thing is that this is very likely a reference to a SpongeBob SquarePants episode “The Great Snail Race” where the exact same thing happens with SpongeBob snail Gary.

During Mettaton’s boss fight if you enter the word Toby into the essay, referring to the game’s creator to Toby Fox, Mettaton will reply with “Toby, what the hell is that sounds… sexy.

Undertale is created as a result of an extremely successful Kickstarter campaign. The original goal was $5,000 but the campaign must raise $51,124 by 2,398. This was actually referenced in detail as well. In the credits, you are able to play a game where you have to dodge as many names as you can and of course the names are all of those who supported the Kickstarter campaign.

So, these are some of the fun facts about Undertale. We hope we at least some of the things might be new things for you and you might have learned a new thing or two. Well, there are many other mysteries of Undertale and trivia so if you know some less-known things then you can share with us. Write your feedback in the comment box below.