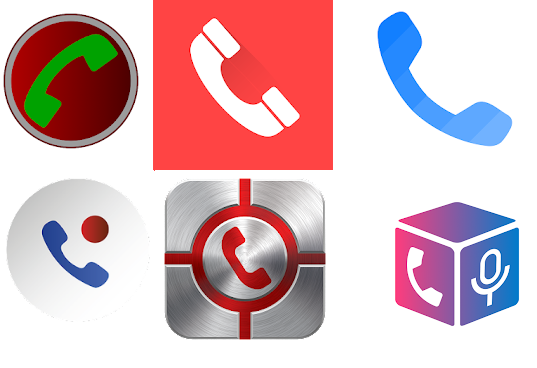 In the last few years, technologies changed many things. It has made our lives easier. We can communicate with anybody and have access to every information within a few seconds. This would have been considered rubbish a few years back, even if anybody had said something like that.

It is obvious that mobile phones are among the most revolutionary inventions for humankind. We can carry out many functions at our fingertips. For instance, we cannot only send messages and make calls, but now it is possible to record calls as well. Whether you are talking to one person or having a conference call, you can record any call.

The recording of calls is one of the advantages offered by technology, giving rise to the appearance of countless applications that serve this purpose. Although it could be considered a bit of an exaggeration to record calls, it is a valuable resource to leave evidence of the conversations we make at a given time. In addition, the recording can also serve as support for a client’s work or verbal business agreements, and even legally.

Android is the most popular OS for mobile phones, and there are hundreds of applications that can be used to record phone calls. However, all of them cannot be trusted.

Thus, in order to make a clear choice, we have created a list of the best call recording applications in 2022.

Surely, this selection will be very useful to you, and you will have to choose from it.

This is by far the most used call recording application. The recordings can be made in 5 different ways, including automatic, typical of this type of application. On the other hand, this call recorder can support files under the formats: MP3, AAC, AMR, and WAV. This versatility has won over many users, especially since you can also add your favorite recordings to a list of favorites whose access is faster.

Another of its advantages is that you can assign a password to save your records and protect your privacy in case your device falls into the hands of strangers. But if this seems insufficient to you, you can go to settings to send your backups to the cloud and keep them there without occupying local memory.

Deleted recordings go directly to a Recycle Bin, so you can easily recover them, just like you would on your computer or laptop. This application is so spectacular that it has a database of more than 1 million spammers or scammers, so you will always have an automatic notification every time you receive calls of this type.

Call Recorder – ACR is an excellent application that works phenomenally on android mobile phones and other devices; it is very simple and really functional.

In addition to recording calls, it keeps track of incoming and outgoing calls. Its handling is so simple that you will not need to make changes or any additional configuration to your equipment.

Another advantage of this application to record calls is its compatibility with various cloud storage applications, such as Google Drive, Dropbox, OneDrive, and OneDrive. So, it allows you to save space on your device because you will not have to use its internal memory space.

Finally, this application can also send the recordings to your email without having to register in any system.

On the other hand, the app has excellent resolution and is one of the cheapest, which is why it is so popular among users of Android devices.

This is the application you must have heard about. The Truecaller application is well known, especially for its main feature, which consists of identifying the caller, although it has other benefits that we sometimes overlook.

One of them is that, in addition to identifying spam numbers, Truecaller can record calls easily and with excellent sound quality. As if that were not enough, it also allows you to block spam calls. But this service has a monthly cost since it is part of the Truecaller plans for its clients. So, if you don’t know the app very well, we recommend using the free version, which lasts for two weeks.

This version allows you to check if your device is compatible since it does not work well with all Androids. Still, this app is very good for those who want to record calls.

Some time ago, Call Recorder had two versions: paid and free, but fortunately, the developers have closed the first version so that users can take advantage of all the features of the free version.

Among the benefits of this application, the call box allows you to review the recording using the manual mode by shaking the mobile without having to touch buttons. In addition, the filtering option included in its system allows you to record calls from certain numbers that you have previously established.

If you need to record the voice call, you can mark the right times by shaking your phone. If necessary, this application lets you assign a security password to protect your recordings located in the archive.

Finally, you can hide the app icon whenever you want, so no one can know that you use this recorder.

This is also among the most popular call recording application that is used by thousands of people. This app is not only limited to recording phone calls, but also records conversations from VoIP programs like WhatsApp, Viber, Skype, Telegram, and a few more. If there is something that we should point out, it is that the program is free and does not contain any advertising, so it is very popular, and users indicate a good proportion of their satisfaction by using it regularly.

Another feature is being able to identify and mark important calls, so you can easily find them. But there is much more. The application has the possibility to mark an important part of the conversation during the call. To do this, just shake your phone, and the application will mark the current part of the conversation so you can easily locate it.

This application, in its paid version, has a backup copy in Google, as well as in the removable SD card, which you can protect with a password. Finally, like other applications, it allows you to put it on speakerphone if you can’t hear the recording well.

RMC is the name of the Android call recorder; it is available on Google Play and has over a million downloads. This application not only records voice calls in MP3 and WAV formats but also supports other formats such as AMR and MP4.

If this is not enough for you, the application automatically records and logs all incoming and outgoing calls. It allows to order them and have access to them in a simple way. However, the only drawback is that you cannot save or send your voice files to the cloud.

We cannot ignore the fact that it has a Recycle Bin that makes it easy for you to recover call files deleted by mistake. In addition to this, you can configure the recording channels (mono and stereo selection), the recording sampling frequency and the data transfer rate. Finally, the application is free and has advertising, but due to all its features, it is worth it.

This application has a simple name, and it does what it claims. Call Recorder, that’s what the app is called, can record all incoming and outgoing calls on your device, just like all these kinds of apps do.

It also has the option to activate or deactivate call recording at any time. The application can be configured to clean up and delete the oldest recordings automatically, and you can also adjust the files that you want to remain in memory.

Additionally, this application allows you to listen to the recorded calls with the built-in player without having to activate the standard mobile player. Finally, Call Recorder is a very simple application to use, with no complicated settings that take a lot of time.

In fact, when you record a call, the other person on the call does not realize it; that’s how discreet it is. You can configure the recordings with its buttons and get very clear sounds.The paid version can be synced with Dropbox or Google Drive.

Smart Call Recorder – SCR is an application that records incoming and outgoing calls with excellent sound quality in any of its available formats: AAC, AMR, MP3 or WAV.

As with Smart Call Recorder, you can configure which calls will be recorded and which will not. Important conversations can be bookmarked and will be saved in a special list.

On the other hand, if you activate the GPS, the location where the call was recorded will be recorded. You can set a protection password to save your privacy simply and completely. Thus, this is also a great option to record calls.