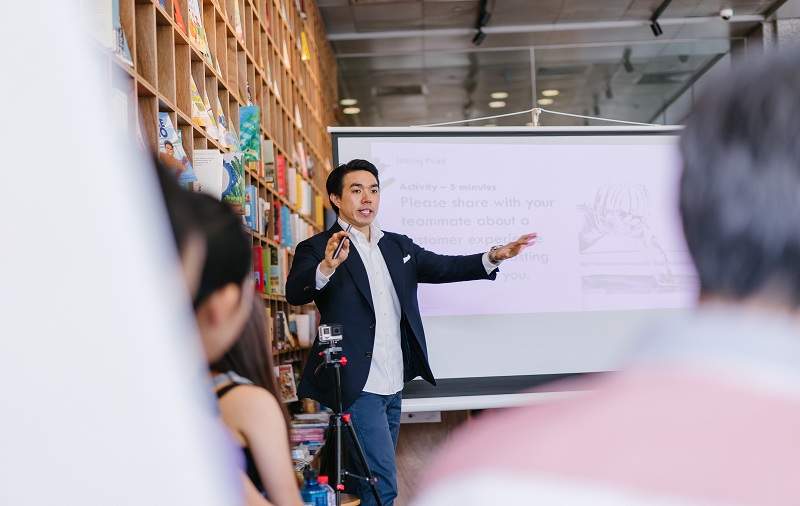 Technology is changing the way we do business, for the better, of course. More specifically, the internet is fueling the most transformative innovations. In fact, connectivity is the new normal, so they say.

With the number of people connected to the internet set to rise to a staggering 7.5 billion by the year 2030, it makes perfect sense to brace for revolutionary changes in the business world. Here’s a look at what’s likely to happen in the future.

Okay, this one sounds familiar, doesn’t it? Indeed. Big brands will continue to cash in on the craze that is social media. Sure, any serious business must have a website, but that’s not enough these days. Look around – brands, big and small are competing for attention on Instagram.

Who would have guessed a few years back that there will be something like “social media influencers?” And that the more followers your brand has on Twitter, the more the likelihood of making a sale? The long and short of it is that social media will continue to play an integral role in the future of business over the next decade (and beyond).

On top of that, brands will focus more on their online-based customers, as the Internet of Things makes more impact on consumer behavior.

Surveillance cameras mounted on entryways of malls, grocery stores, and banks will continue to be a prominent feature. However, business owners will start to use other innovative ways to safeguard their premises. Many will use mini spy cameras as a way of boosting security.

Spycams will have functions that can rival those of high-end models as this Stealthy Ninjas camera guide explains. And the beauty of it is that due to the super compact size, you can install your camera virtually anywhere, from the cash office door to the windows of the premises. Plus, you won’t have to shell out wads of cash to acquire a robust model.

Outlets Will Get Autonomous

Have you ever heard of employee-less stores?  Yes, sophisticated vending machines, cashier less checkout and kiosk-based ordering in eateries are gaining dramatic interest world over. Do you know what this means? Well, it implies that businesses will start to look for ways to drive down operational costs.

It’s not so soon for unmanned commerce. A company such as Grabango, for instance, is using sensors and algorithms to track merchandise in the store as a customer adds it to their order. Further, the likes of Amazon rely on massive camera surveillance and other technologies such as artificial intelligence and face recognition to keep up with their customers.

Brands Will Search for Their Voice

Even though it is still at an infant stage, voice-enabled hardware is rapidly becoming “a thing.” More than that, increased sophistication of voice assistant, mainly in the United States and the Asia Pacific, is making it possible for businesses to engage with their customers through voice.

Also, consumers are finding it easy to use the voice search function on their mobile devices to look for items as opposed to reading reviews. Put differently, a business that wants to remain relevant and competitive in the years to come has to embrace voice marketing.

We will see the launching of super apps that allows users to do multiple tasks in one central place. WeChat, is a perfect example of an app that enables you to send/ receive messages, play games, visit dating sites, make payments and more. Others like Kakao Talk, Grab and Go-Jek are fast catching pace.

Closer home, Facebook is the closest you can get to a super app. The social giant is integrating more functions to meet both financial and retail needs of its customers.

Blockchain has had its fair share of troubles. Still, industry players predict that it’ll bounce back and disrupt financial markets. Some quarters, however, think that it might take a while before the technology finds its footing again. Whatever the case, it will be interesting to see how blockchain behaves in the coming months and how its fluctuations will change the business scene.

Commerce keeps evolving, from time to time. The future looks promising, but only for brands that will use technological advancements to their advantage. As a business, it is essential to know what’s happening around and how it will affect your sales, profits and competitive edge.

As a rule of thumb, be quick to adapt to changes as soon as possible. That way, you can remain relevant for a long time and most importantly meet the demands of your clientele.