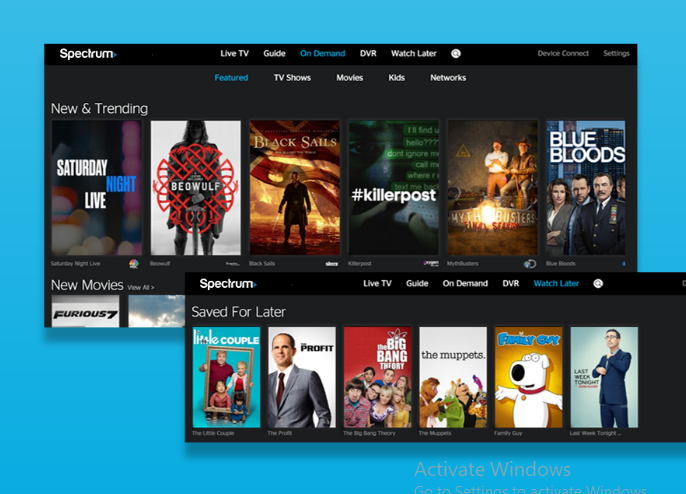 The ability to record videos to watch at a later time is among the major benefits offered by the Spectrum cloud DVR.

You are able to stop live TV, reverse, fast-forward, or pause live TV, delete and organize recordings, and make your own instant replays thanks to this function.

However, despite the fact that these functions operate effectively on your DVR, they might stop functioning at any point, requiring you to find a solution as quickly as possible. You could, for instance, have trouble with the playback, or the device might be unable to record anything.

Even though there are many different versions of Spectrum cloud DVRs, practically all of the problems that consumers have are almost identical. So, when your Spectrum DVR isn’t working right, the steps to troubleshoot and fix the problem are similar.

For instance, if you are unable to save recordings, the simplest way to fix the problem would be to erase some files. If, on the other hand, the DVR can’t connect to the internet, you should look at your networking equipment to see if you have a good connection.

There are a few more problems that might prevent your Spectrum DVR from operating, such as the following: the storage is full; the wires are loose; or there are internal faults with the Spectrum DVR.

Once you know what went wrong with your Spectrum DVR and why it stopped working, it will be much easier for you to fix the problem.

Answers to frequently asked questions regarding the Spectrum DVR

Here is a list of possible problems that could happen with your Spectrum DVR, along with ways to fix them.

Why Isn’t My Recorded Content Showing Up on My Spectrum DVR?

If you have previously recorded a video using your Spectrum DVR, you should see an index of all of your recordings with the most recent one shown on the left.

Pressing the DVR button on your remote will bring up all of your recordings for you to go through. But if the DVR doesn’t play back any of the shows it has already recorded, this could mean that it deleted them on its own.

This issue arises due to a lack of available storage space on the DVR. Because of this, the device will destroy any stored software that you have not indicated should be kept until it is deleted. The following options are available to you:

To conserve more space, store recordings in standard definition rather than in high definition.

Using an external hard drive is another way to increase the amount of storage space you have.

You also have the option of selecting the I Delete option on the Set Series Recording page while you are generating your recordings. This will save your recordings until you delete them personally.

The most common cause of trouble with recording on your Spectrum DVR is an insufficient amount of storage space. When you begin recording, you must ensure that your active DVR is selected.

The following is a list of potential solutions to this problem:

Be aware that if you record an on-demand show or digital music channel, there will be a problem with the recordings you make of them.

Why Is the Fast Forward Function of My Spectrum Cloud DVR Not Working?

In most cases, the Spectrum DVR’s fast forward feature will become inoperable if there is a problem with the source broadcast.

You should be able to see the color inside the information bar or time bar to determine whether or not the functionality is functioning properly. If there is no information, then there is no content being buffered, which means that the fast forward function will not operate.

You can look into the problem with your DVR in the following ways to find a solution:

Please try again after refreshing your receiver. After unplugging the receiver for one minute, you should then re-connect it.

To clear the memory buffer on the DVR, you may also change the channel, reset the device, or turn the DVR off and on again. The next step is to try it in fast-forward mode to check whether it actually works.

Why Is the Climax of a Show Cut Off by the Spectrum DVR?

When recording live events, the Spectrum DVR often has problems with stopping the recording before it’s done.

When you are recording a video, you will need to set the START time as well as the STOP time. There is a possibility that the beginning time may be up to five minutes early, and that the ending time will be up to two hours behind schedule.

However, if the event that you are recording continues for longer than the time that you have selected, the DVR will terminate the recording before it’s finished. However, this can also occur with other programs that are not the live events themselves.

Since there is no way around this, the only solution is to move the cutoff time back a few minutes.

It is important to keep in mind that while programs are being recorded, there may be a time lag between the live event and the subsequent broadcast. As a result, in order to record the entire episode, you will need to increase the STOP time.

The second way in which you might encounter the issue is if you try to record consecutive episodes that air on the same channel. In this particular scenario, the DVR will terminate the recording of the first episode in order to make room for the second one.

One possible option would be to record each show individually. It is also possible that your DVR will stop recording entire episodes if the memory is full or below 5% capacity.

To see how much storage space you currently have available, press the DVR button on your remote control.

The Reason Why the Spectrum DVR Is Incompatible with Apple TV

If a Spectrum DVR does not function properly on Apple TV, the issue can be with your HDMI cable. The Spectrum is equipped with a high-speed HDMI connection that is capable of supporting up to the 4K resolution that is provided by the majority of Apple TVs.

Making sure that you are using an HDMI cable that is compatible with your device is the most effective way to troubleshoot this issue. Additionally, verify the HDMI input on your device.

Among the several options available to you is to try to reset the receiver.

Checking to see if the coax wire is connected to the outlet is another important step you may take.

If your HDMI is not functioning properly, you should think about replacing the cable with one of higher quality.

Why Does My Samsung Television Not Function with My Spectrum DVR?

The HDMI cable is the source of the issue with both the Samsung TV and the Spectrum DVR, as was mentioned earlier in reference to the problem with the Apple TV. Take into account the following suggestions in order to discover a solution:

In addition, you can tune your Samsung TV and any other compatible devices to the same channel. If you are having difficulties with your Spectrum DVR, the first thing you need to do is figure out what the problem is and then go through the appropriate troubleshooting procedures, which are outlined in the here.