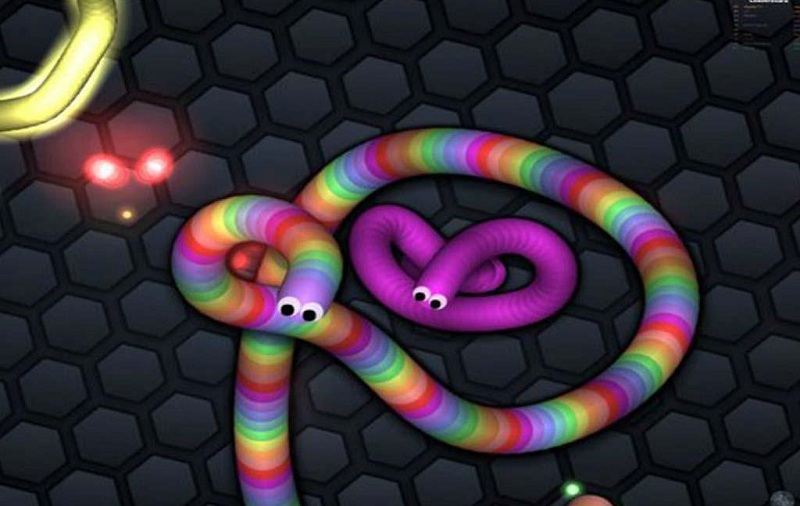 A few years ago, Steven Howse didn’t know if he would get the money for the rent. Now the 36-year-old developer, who taught himself to program, has completely different concerns. He has to make sure that the servers through which his Game Slither.io runs worldwide do not collapse under the huge rush.

And he has a luxury problem: the game grosses over $100,000. Per day. $100,000 is a respectable daily turnover, but there is still room for improvement. Other titles from large companies are doing much more in the checkout via in-app purchases. There are lots of speculations that there will be a second installment in the game called Slither io 2.

Slither.io was available for download for the first time on March 25, 2016 in Apple’s App Store. Less than two weeks later, the app ranks first among free games in the US. And a few days later, Slither.io even ranks first across all categories in the US App Store – ahead of app giants like Facebook and Snapchat.

The developer may soon no longer have to work

So far, the developer has made money from advertising. Although less than one US cents per overlay, this results in a sizeable sum with hundreds of millions of games a day.

Of course, Apple and Google, who distribute the game via their app platforms, are paying heavily.

With the increasing interest of Internet users and smartphone owners, the costs also increased to ensure the smooth operation of the game online. He is said to have to spend $15,000 a month hosting in various data centers.

The origins of the game go back over 39 years

In 1982 the Hollywood film “Tron” was released, in which opponents engage in breakneck chases. In the same year, an arcade game based on the feature film was released. Yes, at that time you weren’t playing on your PC or console at home, but in arcades. In 2010 the sequel “Tron: Legacy” was released, also with Jeff Bridges. The French electro duo Daft Punk contributed the ingenious soundtrack. In the 90s, Nokia launched “Snake”, a mobile game hit that is based on the same game principle. The idea behind “Snake” is said to go back to 1979. At that time, a similar game called “Hyper-Wurm” was programmed on a TRS-80, as Wikipedia knows.

How does Slither.io work?

You are a worm on a two-dimensional surface and have to eat other worms. To grow, you have to swallow colored dots as you pass. The goal is to become the longest snake in the game. A «leaderboard» informs all participants about the game status.

Howse told that he developed the game within six months of having watched Agar.io’s success. After the launch, he had no money for advertising or marketing. So, he wrote a half-hearted post in a gamer forum, he told the Pocket Gamer blog. Shortly after, downloads and user numbers skyrocketed.

In any case, Reddit played an important role in the launch. Four days after the launch, a Reddit user posted a post that received many upvotes. Just a few days later, users at Reddit had set up their own sub-forum for Slither.io. Reddit was already one of the most important success factors at Agar.io.

YouTube is said to have contributed significantly to the success. LetsPlay videos hailed hundreds of thousands of views within a few days. A month after the game’s release, celebrity gamer PewDiePie Slither.io introduced his huge fan base.

How can huge success be explained?

These factors may have contributed to Slither.io’s success:

Now comes the real question: what is the release date of Slither io 2? Well, there are only rumors on the social media that the second installment of Slither.io is coming but there is no official announcement to that.

The idea of Slither IO depends on the retro style and old gameplay. The current gameplay is already popular among the users so we don’t see Slither IO 2 coming. Well, right now you can just hop on to the mobile or browser version and feed your snake.