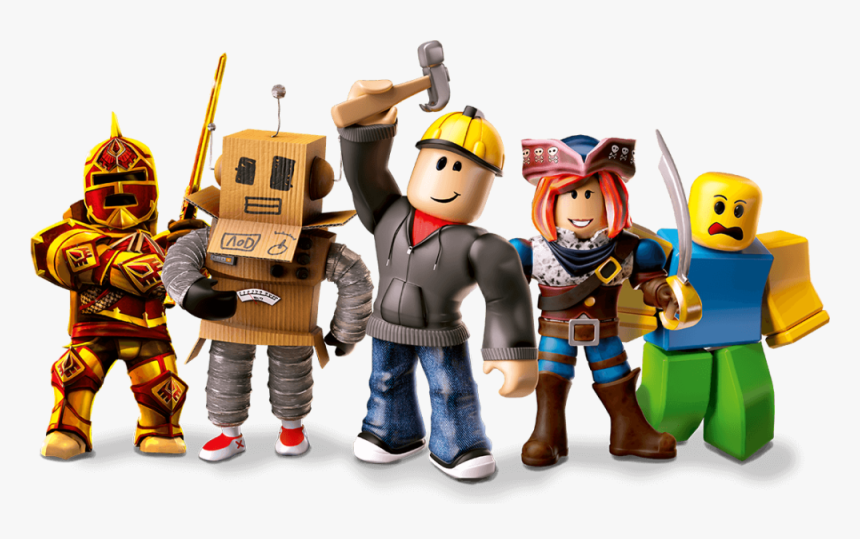 Gaming has always been a good pastime for people since the beginning, whether it was the world without technologies or the modern world. In the past few years, the latest technologies have changed the gaming industry for good, and now players have many options for entertainment. When you are bored and need some fun activities, you can resort to many options. From PC, tablets to mobile phones, you can play whatever you want.

Few games have been able to meet all these demands and execute them successfully. However, one of these games is Roblox, which in addition to having a lot of users, is available for mobile devices. In this article, we will discuss important things about Roblox on Android phones.

Roblox on mobile devices was what many of the users who wanted to play it needed. This game is available for PCs and Xbox One, although it is more likely that you have an Android phone than one of the previous platforms. However, is there something you’re missing? The truth is that if you only want to play Roblox on your cell phone like a normal user, that’s fine, but if you’re going to be a game creator, you may have to use the computer one.

You can try to download Roblox on your Android mobile device from the internet. You just have to open the Google Play Store and search for Roblox. It is important that you download the official version of the game because there are many replicas. To identify it, you must look at the developer’s name, which is Roblox Corporation.

Just hit the Install button on the store, and wait for the download and installation to finish. You create an account or log in if you already have one, and you can play safely. It is important to note that your phone must have Android 4.4 or above versions and an ARMv7 processor. Plus, it should have enough free storage, around 1GB.

What Can I Do in Android Roblox?

If you have been here since you saw some of your friends enjoying Roblox, you might not know what you can do about it. This game is one of the most complete that currently exists. Roblox is a digital universe where you can explore its infinite possibilities by playing, creating, or becoming whoever you want. Customize your avatar as you wish and chat with your friends around the world while sharing in the world of Roblox.

You Will Find Amazing Worlds

Within Roblox, you can enter many worlds, which are also universes where you can do anything. You can roleplay with a bunch of people, participate in competitive games with users from all over the world, or chat online. The best thing is that these worlds do not end, thanks to the growing community of game creators that keeps the game alive.

Play Wherever and Whenever You Wish

As stated, the mobile version of Roblox on Android has the wonderful advantage of being able to use it whenever you want and play the same games with the same user on different platforms. If you’re playing on your Xbox and need to go to the bathroom, take your phone with you and play non-stop. Or, take the game to your school and play during your free time.

Roblox is one of the most popular multiplayer video game platforms out there. It is also a pretty old one. The game is interesting, especially because of how it works. Its graphics engine was devised by the same developers and is called Roblox Studio, and it modified the Lua programming language, thus creating Roblox Lua.

Something incredible about Roblox is that there are lots of users and virtual worlds. Many of these virtual worlds are created by users. In fact, in the last five years, Roblox has had a community of game creators that exceeds five million users and monthly has more than 100 million active players.

This game was originally created in 2003 as a beta project whose name was GoBlocks. Officially, its online platform was launched in February 2006 for kids.

Also, Roblox has millions of hours of accumulated play, which means that the platform takes security measures. The required age to play Roblox is eight years old, and if you are under 13 years old, the game will indicate that you are just like an older person. In the event that you are a minor, the game applies a filter and a child protection protocol, with which it will censor sensitive material.

Is Roblox Safe for Children?

This doubt may be something unusual since the game was designed for a child audience, right? Well, despite that, there are all kinds of people in the Roblox community, and that includes all ages, ethnicities, and customs.

Not long ago, in fact, there was the case of an image in which the avatar of a girl being raped could be seen. This type of content is censored on the platform for children, but even with security measures, this content continues to exist, and there are users who persecute the youngest to expose them and lead them to these situations.

Many institutions and professionals express that on the internet and the Roblox staff, there are measures to be able to dismantle this type of content that is capable of disturbing the little ones; however, they are not enough since the platform has too many users.

The best thing we can recommend is if you let your kids play Roblox, you need to always be aware of what they are doing on the platform and explain why they should not give personal information such as phone numbers, addresses, or locations to online fellow players. In Roblox, since the consequences could cross the screen and become real problems, you should know when to stop playing and how to respond to other players.