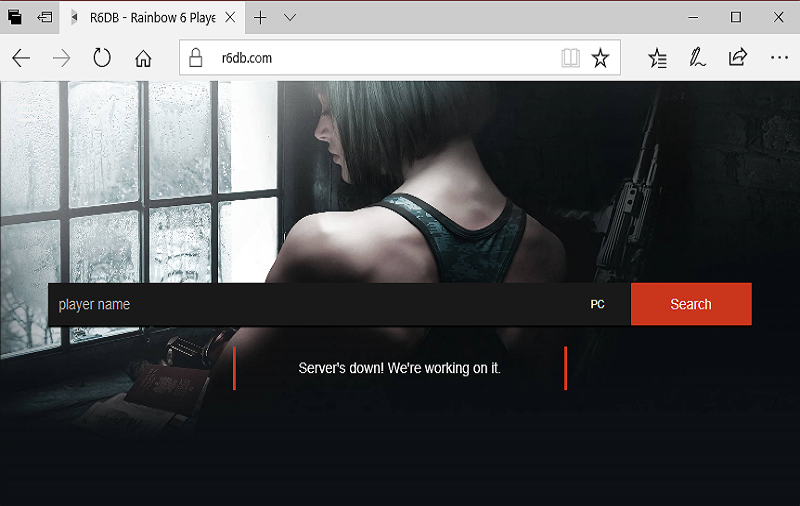 Tom Clancy’s Rainbow Six Siege or more often known as Rainbow Six Siege is Ubisoft’s shooter video game that can be accessed now from Ubisoft’s new gaming service Uplay premium exclusively for PC gamers. It has several operators and the map details of the game changes constantly so your gameplay style can leave reveal details about your strategy and typical style. There are several stats tracking tools on the internet for Rainbow Six Siege and R6DB is one of them. Even Ubisoft has its own tools for tracking tools but this fan-made tool – R6DB used to track stats in more detail compared to Ubisoft’s tools.

R6DB was shut down on August 20, 2018, and since then there is no more powerful tool is available. With R6DB, users were able to provide all the players’ strengths and weaknesses in a really simple term that can be read easily by other players. Leaderboard, global stats, worldwide player tracking, preferred operators, and several services were provided by R6DB. R6DB also helped to build the community of the Rainbow Six Siege. Anyone can compare Rainbow Six Siege’s eSports superstars and other pro players using R6DB. These stats tracking tool was really more of players’ own tool since whoever plays Rainbow Six Siege always use r6db.

Due to the introduction of Europe’s General Data Protection regulation laws, the operators of r6db were inconvenient to maintain the site any more. R^DB’s developers said in a statement that according to the GDPR law, they need to form a business that would be identifiable and disable the ads from the site which were the only source of income to pay for the server maintaining. They claim that these new changes in the law would have made them investing more time but they were doing all these as a hobby of the whole team. So, they didn’t have any option other than shutting down the R6DB.

The R6DB operators stated in May, three months prior to the official shutdown of the site, that they were taking down the site for some regulations and new laws introduced in the continent. Well, Ubisoft has its own stats tracking tool since the beginning but it was no popular among the payers compared to R6DB. R6DB was Ubisoft’s tool’s great alternative all these years.

What Ubisoft has to say about R6DB’s closures?

This doesn’t mean that Ubisoft is happy or it has nothing to say about the shutting down of its one of the most popular game’s stats tracking tools. According to Forbes’ report, the developers of R6DB were approached by Ubisoft’s representative for any legal support they need. Although, Ubisoft has all the data used by R6DB and even more than that bit its own site is not as good as R6DB. Ubisoft is developing its mobile digital assistant named Sam and they are using all these players’ data in the improvement of this assistance. Well, Sam has not been released officially yet so it’s up to the time to tell how powerful this new tool can be. Will it be powerful enough to be the alternative of r6DB?

Well, one of the most legal and official alternatives to R6DB is Ubisoft’s own stats tracking tool. But it is to note that the official tool is not as good R6DB. For the last few months, a domain named r6db.net is available on the internet which has quite the same user interface and features similar to rddb.com. Some new operators might have thought of filling the gap left by R6DB.com. So you can check https://r6db.net/ and it can really be a great alternative to R6DB in 2019.