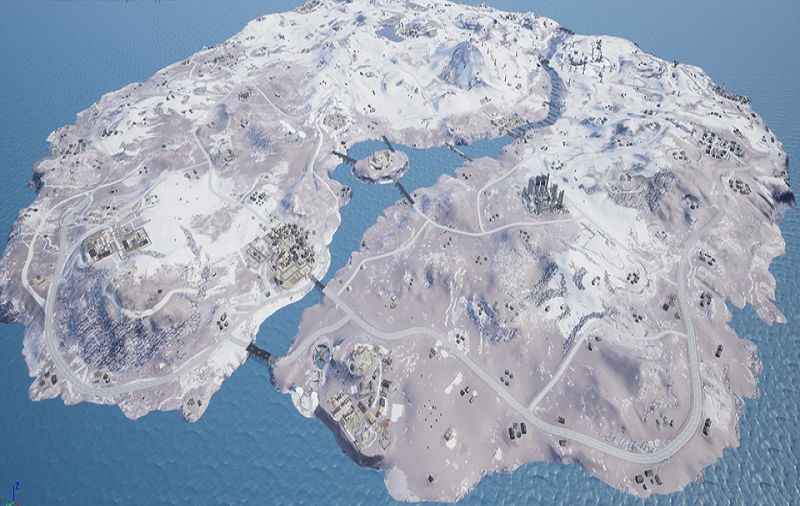 After the release of latest PUBG Mobile 0.9.5 update with Season 4 Royal Pass, people are the biggest buzz in the town is the release date of PUBG Snow map Vikendi. Yes, you heard it right! Since PlayerUnknown’s Battlegrounds team tweeted about the upcoming PUBG winter based map at the E3 2018 Xbox launched, people, have been eagerly awaiting for the new PUBG Adriatic map.

And finally, the latest news about the PUBG Snow map release date is roaming all over the internet that maybe we will see the new PUBG Vikendi map with the release of PUBG PS4 on December 7th 2018.  Well, we have also a proof of the PUBG PS4 Store description where they stated that the buyer with will get Vikendi Even Pass with PUBG PS4 Champion’s Digital Edition.

Before we go to discuss more new PUBG Vikendi Snow map, let’s check out the PUBG Snow map teaser leaked from the Redditor which provides the look at a flyover, frozen lake, and amazing castles like the Battlefield 1.

If you want to know about the size of new PUBG Snow map, then let me tell you that the new PUBG Vikendi Map will come with 6×6 means larger than Sanhok and smaller than Erangel and Miramar. So, it will be fun with the PUBG new map release date. Talking more, Vikendi is a 6×6 island on the Adriatic Sea, so we can also call it PUBG Adriatic map as well.

As we have also said release date PUBG winter map! Pubg Pc is too far as it may release with the PUBG PS4 on December 7th 2018. I guess you are also excited to know what’s new coming with PUBG Vikendi snow map. So, here are few features of PUBG Snow map:

We would assume snow covered pine trees or trees that have no leaves since they fell off for winter. Just look up northern environments for some examples. Here Download Pubg For PC Free As Well, talking about PUBG Snow map release date for PC, Mobile, or Xbox, there is no news or update about it. But if you are to get the PUBG PS4 version, then maybe you will be able to play with some snowballs this winter in PUBG PS4 Snow map. Let’s know if you have anything to share about the PUBG new snow map.