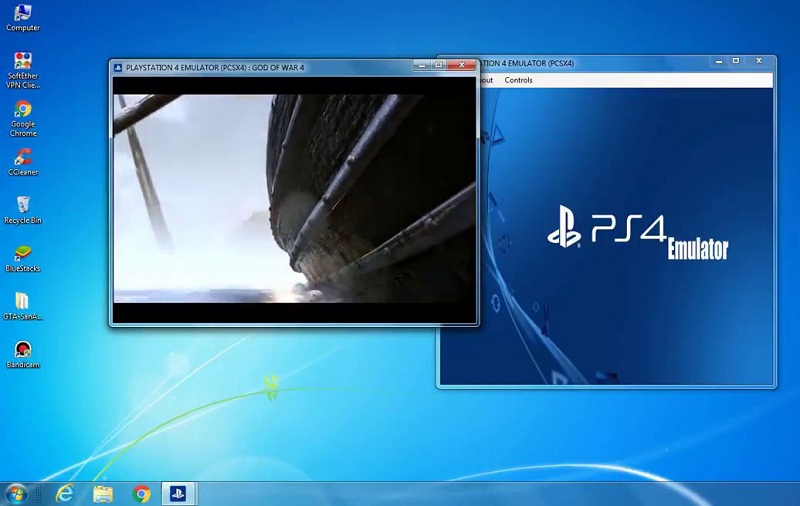 Computer and game consoles are totally different things but every person has its own choice. Some like to spend hours playing video games on PlayStation and Xbox while some are fond of PC games. Games for the devices are different and the gameplay back is also a little bit changed. Some people who are not a fan of consoles or some people who can’t afford these expensive consoles are dying to try games of PS4 or PlayStation 4 on their Windows.

Well, there some tools for Windows OS which will allow you to install and play PS4 games on your PC for free and these tools are known as PS4 emulators. Well, there are lots of PS4 Emulators that can be used but not all of them are worth trying. Even I read some reviews online and found out that until the end of 2019 there wasn’t even a single PS4 emulator that worked fine to give you the experience you need. Here we are going to tell you some of the best PS4 Emulator and you can choose the one you need.

So, all the PlayStation lovers who want to play PlayStation games on PC for free can use any of these PlayStation 4 emulators. We have listed the ones that are working as of today’s date and if you know any other similar emulators like these ones then you can tell us in the comment box.

There are lots of frauds and scams on the internet which claim to work smoothly and tell that they will allow you to play PS4 games on PC but actually they don’t work. Choosing the only PS4 Emulator is a quite tough thing so we have listed all the details about the most trusted and popular PS4 Emulators with their pros and cons.

The best PS4 Emulator for Windows PC and macOS 2021

PCSX4 is one of the latest and among the best PS4 Emulators for Windows computers. This is an open-source PS4 emulator and it allows you to play PS4 games on Windows as well as Mac. According to its official websites, it uses Vulkan, DirectX12, and OpenGL for the background API to provide smooth gameplay of games made for PS4 on your PC with the high-end specification. This PS4 emulator has been downloaded by nearly 300,000 users for Windows OS only. PCSX4 is still in beta so you might face some glitches and problems while using it.

It requires a 64-bit Windows system and only supports Windows 7 and later versions while Mac OS 10.13 and later are supportable to this tool. To use this PS4 Emulator you need to have a high-end configuration like the 4-core processor and AXV & SSE 4.2 GPU.

In order to download the PCSX4 PS4 Emulator, you have to go to the official site and download PCSC4 for free for Windows. Now you just have to install the tool by running the .exe file of the program. Along with all this, you need to extract the .pdix file (PlayStation device identifier) and then link it to your account. Once you have set all the things up, you can download any PS4 game on your PC and have fun with your pals.

PS4Emus is the most popular and oldest PS4 emulators. It is trusted by millions of users. It is providing this service for more than 6 years. Well, sometimes it was unable to install and run PS4 games on your PC but now with the latest updates and change in the build, it works like a charm. Most of the PC users and websites consider this PS4 emulator as the top emulator for PC to play PS4 games for free.

It supports Windows and macOS but now it is also compatible with iPhone, iPad, and Android. PS4Emus has its own store and users can download hundreds of PS4 games for PC. This PS4 emulator works really fine and you will love it even in one try. You will get good FPS and the graphics and background tracks are altered for PC version. This console is totally free and can support BIOS, graphics and other things. In other words, you are going to experience a great gameplay experience with this best PS4 emulator 2021. Free download PS4Emus.

Orbital PS4 emulator requires high-end PCs to support PS4 games. 16 RAM and x86-64 processor with AVX is required. But this tool converts games to fit the PC configuration so you may not get the same experience as on PS4 console. Just like PCSX4, this PS4 Emulator is also an open-source program and it is still in beta development mode so it may not allow users to emulate commercial PlayStation 4 games.

This tool requires a little knowledge about some building BIOS, GRUB, and QEMU and it doesn’t offer binaries. The configuration is also hard as a user needs to decrypt the PS4 filesystem, sFlash, and kernel. Download Orbital PS4 emulator for PC free.

There are several other PS4 emulators like PS4 EMX and SNESStation Emulator for PS4 which can be listed in this article but we have chosen these three best tools for PC gaming lovers. There are many scams and fake PS4 emulators are on the internet which claims to work like a charm but these are the tools that can be trusted. Tell us in the comment box which one do you like the most from these PS4 emulators list.