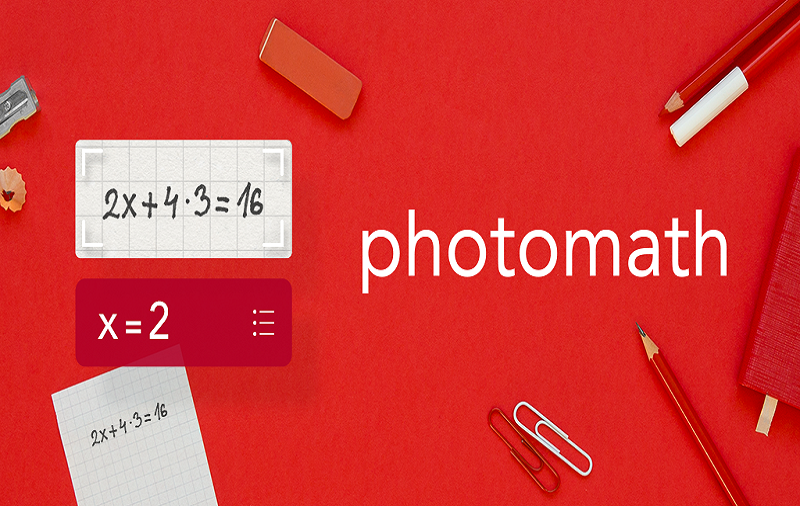 What is PhotoMath? – Photomath is the number one #1 app to learn math online on your mobile phones i.e Android and iOS. It can read and solve problems ranging from arithmetic to calculus directly, by using the camera on your smartphone. It is also called as a camera calculator since it uses a phone’s camera to recognize mathematical equations and to display the step-by-step solution on the screen. It is the most popular math learning application on both iOs and Android OS which is available for free on their respective App Stores. It has received praise as well as criticism from teachers around the world. It was ranked third in the top 20 best teaching and learning app. It has a simple technique “SCAN, SOLVE, LEARN”

Including both iOS and Android, Photomath has been downloaded more than 100 million times. If students or elder persons too, want to learn math quickly, Photomath app makes math learning process super easy to understand and master. On its official site, it has been mentioned that on the Photomath app 1,234,054,453 math problems solved and explained monthly. Photomath is said to be the math superpowers for every student as on its website. Whether you are a mathlete or math challenged person, this app will help you to interpret math problems with comprehensive math content.

What does Photomath App do?

How does Photomath Work?

Photomath Instantly scans printed text or handwritten math problems using your smartphone’s camera or type and edit equations with its scientific calculator. Photomath App breaks down every math problem into simple and easy-to-understand steps so you can understand the core concepts and can answer things confidently in the class and exam.

Which Math Topics are supported in Photomath?

Conclusion – Within the release of some years, Photomath has won the hearts of many students and teachers as well as several awards. With over 100+ million downloads definitely, it is one of the most popular apps in the Education category on both platforms i.e iOS and Android. So, now use Photomath to learn math instantly. If you have any suggestion or feedback for us then you can reach us through the comment box.

Photomath is the most popular math learning application on both iOs and Android OS which is available for free on their respective App Stores.