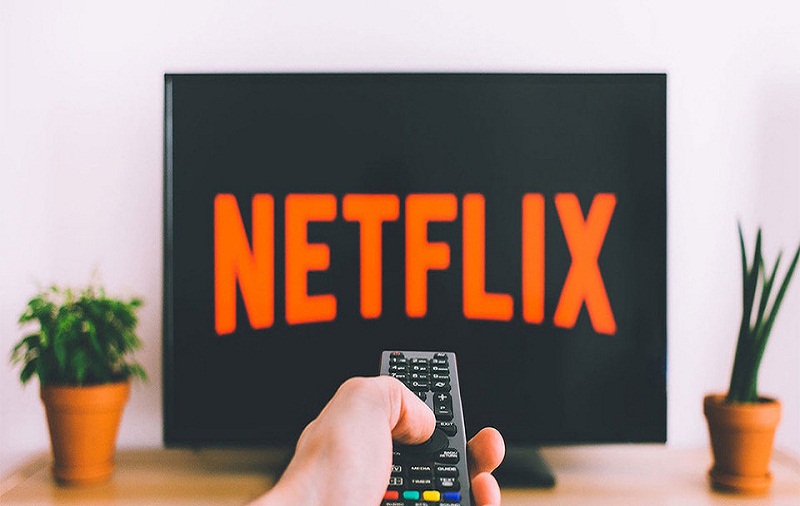 Once upon a time, it was big Hollywood studios that vied for the attention of cinema enthusiasts and pitted big celebrity actors against each other in the race to the Oscars. But a lot has changed since then. After the revolution that began with a TV set in the living room, then came the time for the internet to transform entertainment. Online streaming has forever changed the way we watch movies and TV series and is set to dominate even more in the mobile market, as 36% of the global population owns a smartphone. Everyone knows who started it all: Netflix was the pioneer that kickstarted a whole industry basically from scratch. But as its competitors rise, who is winning in the war for online streaming supremacy?

Netflix is undeniably the company that changed everything when it comes to online streaming. Founded back in 1997, it started out as a spin-off of a DVD rental business – but it realised a decade later that its true calling lied in online streaming services. The concept of online streaming is hardly limited to TV series and films. YouTube has been using similar technology for years, albeit in its own distinctive way – although it has lately also branched out into offering streaming of movies and series as well as live streaming content. Online streaming is also very popular in gaming: Twitch specializes in video game streaming by players, and gaming platform Steam also offers video streaming, while Evolution Gaming, a company used by online casinos like Betway, has been using online streaming tech to provide live casino content, including live baccarat and live roulette games, to players worldwide. Social media also offer streaming services for live content, like Facebook Live and Periscope.

Yet what Netflix was offering was something quite unique. The decisive step was taken when the platform decided to invest in its own original content. The immense success of Netflix original shows like The Crown, political drama House of Cards, which is currently in its sixth and final season, ’80s nostalgia-filled Stranger Things and the impressive yet short-lived Sense8 by the Wachowskis all made waves and consolidated the international appeal of the network. Netflix has forged a brand that sees daring concepts and impeccable production coming together to deliver TV shows that stand out – and this has won over the hearts of audiences across countries. It is no wonder that the platform keeps investing heavily in producing content: Fortune reports that it was estimated that by the end of 2018 Netflix will direct some $12-13 billion in funds towards original content, becoming the largest video entertainment producer in the US. And according to some projections, it might reach over $22 billion by 2022.

Netflix vs Amazon vs Hulu: Who is Winning the Streaming Race?

That figure is much higher than last year’s $8 billion, and even higher than what big names invested in 2017: according to Fortune, HBO poured in $2.5 billion and CBS $4 billion in content. Netflix is also winning the quantity race: It is set to produce a staggering 82 movies in a year, when Disney has just 10 planned and 23 are discussed for Warner Bros. Yet while the platform has set itself apart, it has also created an industry that competitors are eager to tap into in their efforts to push Netflix aside. Competitor Hulu has long established itself by investing in popular TV shows like South Park and Family Guy, while Amazon also launched its own Prime service as part of its well-rounded approach to catering to customer needs. HBO, which has easily kept afloat in an era of uncertainty, generating roughly $6 billion annually thanks to wise choices like producing everyone’s favorite show, Game of Thrones, has also joined the streaming race through its HBO Now service.

The latest contender is Fox News, which has announced that its Fox Nation streaming service will premiere in November, focusing on news and original programs. Yet Netflix still holds the reins in terms of the number of shows produced: 502 in total, compared to Amazon’s 177 shows, HBO Go’s 163 and Hulu’s mere 87. It seems though that there might be an opportunity for different streaming services to reach out to more niche audiences: HBO Go, HBO’s streaming service for existing TV subscribers, focuses on dramas, which account for 39% of its content, Hulu ranks first in comedy which takes up 36% of its titles, while Amazon leads in sci-fi and fantasy shows compared to its competitors, as they comprise 25% of the content it delivers. Netflix provides a more balanced landscape, with 21% of its content focused on comedy, 20% on sci-fi and fantasy, and 16% on drama. 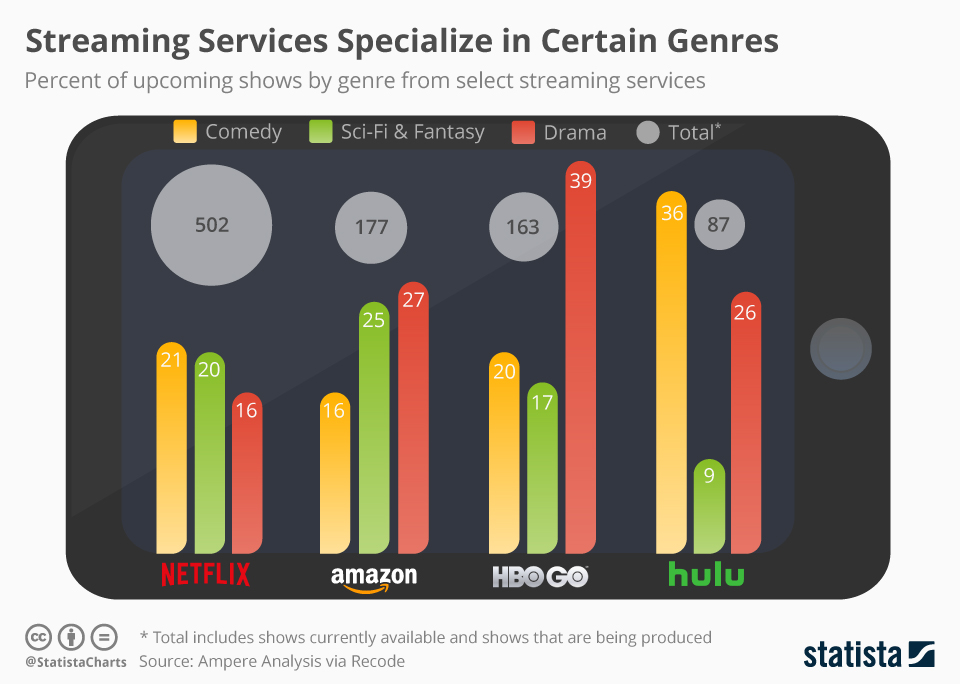 However, despite the fact that competitors might fare better within segments, Netflix undoubtedly remains the leader in the streaming services war. A recent study has confirmed that it stands ahead of other contenders – at least for now. Netflix ranked first at 27% among respondents as their favourite platform to watch video content on TV, with cable claiming the second spot at 20%, broadcast falling third at 28% and YouTube next at 11%. When asking viewers aged from 18 to 34, things become even more clear: almost 40% go for Netflix, while Hulu comes in fourth with 7.6%. It also remains first in adoption rates and last in cancellation rates, while competitors Amazon Prime and HBO Now see more viewers leave than get on board. And these are not the only casualties of the streaming wars: FilmStruck, WarnerMedia’s streaming service that focused on classic movies, was recently forced to shut down as it failed to attract viewers beyond a niche cinephile audience.

Netflix is definitely winning the war for supremacy in an industry it almost single-handedly created – this should come hardly as a surprise. Whether it will be able to hold on to its crown as competitors go all in, remains to be seen.