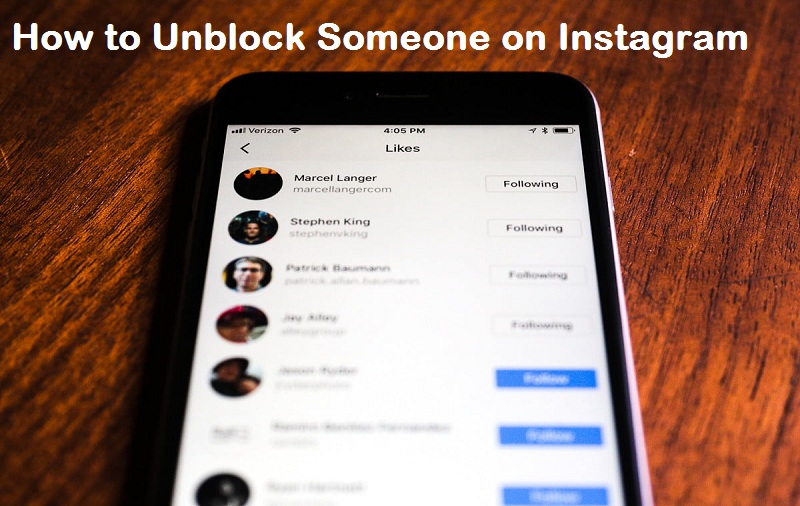 If you have blocked someone and don’t want to unblock them is kind of okay. But if you have some arguments with your friends and in a moment of the rush you blocked her/him on Instagram and now after an hour you both ate pizza at Domino’s and everything is fine between you both.  But now you don’t know how to unlock on Instagram. People said the right thing “You can’t undo the deeds that you did” but, Instagram allows you to reverse your actions and you can block and unlock anybody on it. So here in this article, we shall show you how to unblock someone on Instagram.

How to Unblock Someone on Instagram From Android, iOS & PC

It’s really easy to block someone on Instagram and it’s quite safe as the person whom you are blocking will not get any notification that you blocked him or her. He or she will be automatically removed from your “Follow” and “Following” list and you will be removed from her. You will not get notification about their activity on Instagram and they won’t get yours. So now after the storm has stopped and you want to unblock anyone on Instagram, then follow the process given below:

Step #2: Tap the menu button in the top-right corner (three lines) from your profile,

Step #5: Click on the username you want to unblock

Step #6: You will be asked to again to ‘Unblock’ and click again on it to unlock that account.

With these six steps, you will be able to unlock any of the blocked accounts within a minute and you will be connected with that person again on your profile.

Note: After unblocking someone, you both will not be in the list of each other’s followers and Following list. So if you want to connect on Instagram with each other then, you have to follow each other to get notifications about the feeds.

How to block someone –

So this is how you can easily block someone on Instagram without notifying them.

This is how simply you can block or unblock someone on Instagram. So, next time don’t be worried about ‘how do I block or unblock someone on the Instagram”. With this guide, you will be able to block a stalker who is troubling you on Instagram as well as unblock your friend whom you had blocked for a silly reason. If this articled helped you then you can share it with your friends and if you want us to draft an article of other topics then you can name the topic in the comment box here.