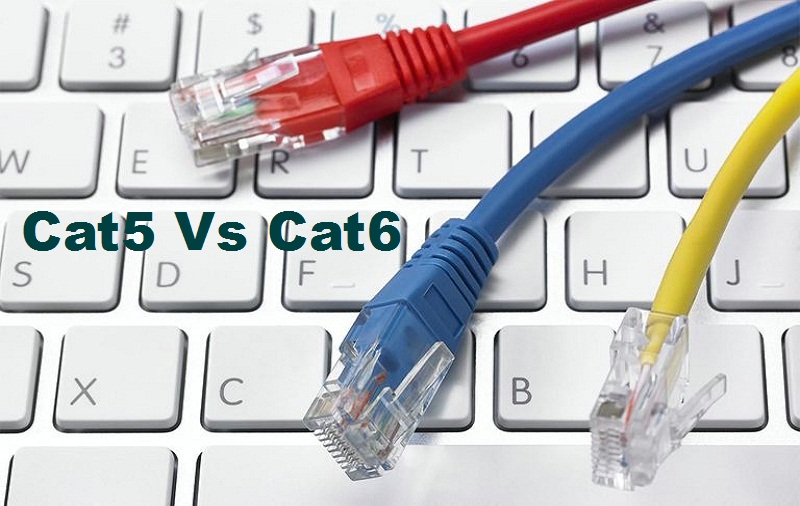 In this tech era, there have been many new products comes with new features considering the latest needs. In these days, Cat5 and Cat6 connectors also consider the most crucial part when it comes to networking. But, some people aren’t aware of its features and get confused by Cat5 Vs. Cat6. Keeping in mind those people, here we shared difference between Cat5 Vs. Cat6 cables.

Cat5 and Cat6 both are the well-organized and quicker cabling systems used for networking around the world and standardized twisted pair cables used for Ethernet and other networking installations. If you know a necessary thing about the networking then you may have an idea about it.

Before heading to the full cat5 vs. cat6 differentiation, you should know the basic things about both cables. So, let’s start with the cat6 which is divided into two categories- cat5 and cat5E. The cat5 can manage up to 10/100 Mbps at a 100MHz bandwidth and it is also faster than previous once.

While talking about the Cat5E cable aka “Cat5 Enhanced”, it has become the standard cable about 15 years ago and offers considerably enhanced presentation compare to the old Cat5 cable with the ten times faster speeds.

It’s only a few years of the arrival of the cat6. It has a power to manage up to 10 Gigabits of data, that bandwidth is limited to 164 feet beyond that will rapidly decay to only 1 Gigabit. While the newest cat6A version is thick plastic casing that helps further reduce crosstalk. The significant difference between Cat6 and Cat6A cables is that Cat6A can handle 10 Gigabit speeds for the full 328 feet of Ethernet cable.

Cat5 vs. Cat6 Cables: What are the Differences?

After knowing the meaning of cat5 and cat6, now let’s compare cat6 and cat5 with the help of following five differences between cat6 vs. cat5.

Let’s start with the bandwidth difference between cat5 vs. cat6. Since both cables are twisted pair cables that use copper wires for the Ethernet, bit the cat5 is limited bandwidth to 100 Mbps transfer speed and cat6 up to 1 Gbps.

#2: Frequency Difference of Cat5 and Cat6

#3: Safety Difference in cat6 and cat5

As cat 6 builds with a thick-gauge plastic casing which can be ass through longer distances without interfering with the signal. So, there are the lesser chances of crosstalk issue on cat6 compare to cat5. I must say cat5 is not the perfect choice for you if you don’t want to see crosstalk issue.

#5: Which cable is the future of data?

In the end, those who want to have the most “future proofed” cable will want to go with Cat6A. However, for most residential and commercial purposes, Cat5E and Cat6 cables should be more than sufficient. Well, the Cat5 allows lengths up to 100 meters while Cat6 is limited to 55 meters when used for the 10GBASE-T standard.