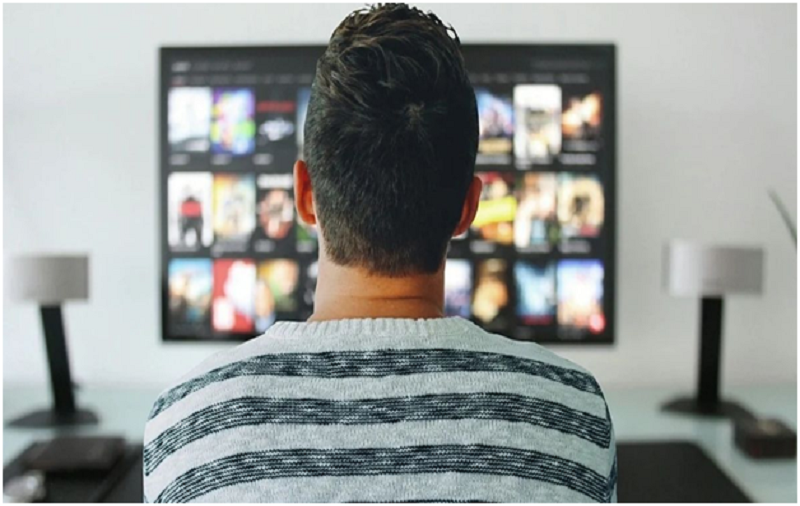 Like many people, you probably use a VPN when watching Netflix. It’s the best way to enjoy shows and movies that aren’t available in your country, after all.

But can you get in trouble if you use VPNs to change your geo-location too often?

Let’s say you’d log into Netflix using your real IP address a few times a week to watch content available in your country. But you also use a US IP most of the time to watch US-only titles. And on top of that, you also use a UK IP to catch a few episodes of It’s Always Sunny in Philadelphia.

In that scenario, could Netflix end up flagging and banning your account for using a VPN? Actually, what is their stance on VPN usage anyway?

We’ll tell you everything you need to know in this quick five-minute article.

Yes, it can. How your connection behaves already gives your VPN usage away. For example:

However, Netflix probably doesn’t bother with that stuff. It eats up too much time, and requires too much manpower.

Instead, they likely use automation courtesy of services like MaxMind or IP2Location. Basically, those kinds of business offer geo-location services that offer sites like Netflix access to databases that contain VPN and proxy IPs (which get regular updates).

Once it has the list of IPs, Netflix just uses an automated script to blacklist them.

To avoid that, VPN providers have to regularly refresh their servers’ IPs (lease new ones, essentially). Finding one that does that can be hard, so we recommend using StreamCatcher. It’s an online service from ProPrivacy that tells you where Netflix titles are available. It also uses ProPrivacy’s data to recommend the best Netflix VPN (the ones that can avoid detection).

What Happens When Netflix Detects You’re Using a VPN?

No, nothing that extreme will happen, don’t worry. True, their ToS make it pretty clear that circumventing the site’s geo-restrictions is a big no-no:

Despite that, we never heard of anyone getting banned for using a VPN on Netflix. It’s not really surprising why – Netflix doesn’t really like using geo-blocks to restrict access to content. This is a direct quote from them from 2016:

“We look forward to offering all of our content everywhere and to consumers being able to enjoy all of Netflix without using a proxy. That’s the goal we will keep pushing towards.”

The only thing that will happen if Netflix catches you using a VPN is that you’ll end up on the Netflix proxy error page, which looks like this:

Can You Bypass the Netflix Proxy Error?

Well, the easiest way to avoid seeing it is to use a VPN that can unblock Netflix by avoiding detection – like ExpressVPN or CyberGhost VPN.

If you don’t want to switch to a different provider, though, here’s what you can try to get rid of the proxy error:

Maybe the VPN connection or app are acting up. Just disconnect from the server, wait a few seconds, and reconnect to it.

If that doesn’t work, do the same with the app. You can also try restarting your device, but we can’t say for sure how much that would help.

2. Use a Different Server

Netflix might have blacklisted the IP of the server you’re currently using. So try connecting to a different one.

If your provider has Netflix-optimized servers or dedicated streaming servers, use them. They likely refresh their IPs more often to avoid detection.

An out-of-date app can sometimes leak your IP or use server IPs that Netflix already blacklisted. So go ahead and update your VPN client to the latest version.

Sometimes, tracking cookies can give your geo-location away. Basically your IP says you’re from one country, but your browser’s cookies say you’re from a different one. To Netflix, that obviously looks like VPN behavior.

So you should clear your browser’s cookies before accessing Netflix with a VPN. Maybe use incognito mode too since it doesn’t store cookies.

5. Use a Dedicated IP Address

A dedicated IP means you’re the only one using it. Netflix is less likely to flag them for VPN behavior because of that.

If you can somehow get your hands on a dedicated residential IP, it’s even better. That way, Netflix will see that your traffic is coming from a normal ISP, not a data center.

If none of those tips worked, you should contact your provider’s support team. They should be able to tell you why the VPN isn’t working with Netflix, what they’re doing to fix the problem, and how long it might take.

They might also offer you specific tips we didn’t mention that might only work with their service.

How Much Do You Change Your Geo-Location on Netflix?

We do it pretty often, to be honest – more than a few times per day. We do it to watch what we want, but also to test VPNs. So far, we haven’t had any problems with Netflix (except the occasional proxy error).

How often do you use VPNs with Netflix, though? Did you ever have any issues while using them? Please let us know in the comments below.