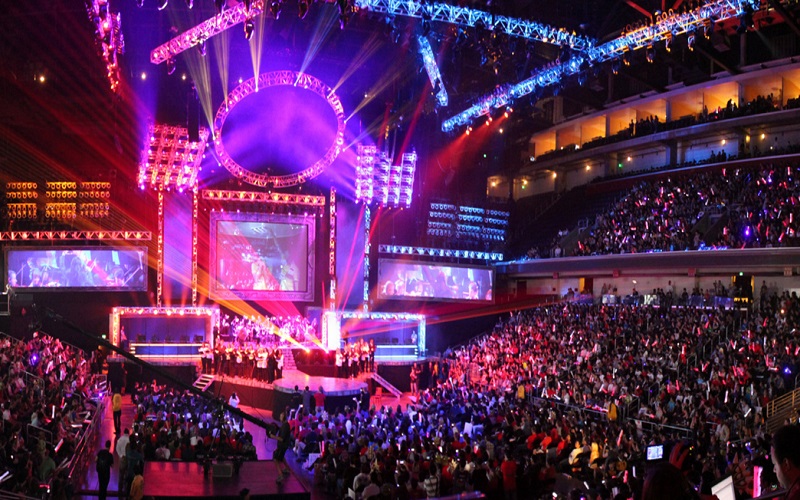 We are effectively halfway through many of the major eSports leagues’ seasons. As we push through the spring months and toward summer, in North America and Europe, the Spring Splits are over, and the Summer Splits (LoL) is about to begin, along with huge tournaments in other eSport disciplines.

With summer tournaments starting, what are the best events for us fans? Let’s look at some of the best upcoming events and where to bet them.

June 14 through 16th the CWL will be in Anaheim. This venue is definitely a fan favorite. Team Passes for the three-day event are already sold out, but first come first serve General Admission passes are still up for grabs.

In addition to the CWL event, the MTN DEW® AMP® GAME FUEL® Open Bracket will take place. 192 of the best amateurs will compete for their cut of $75,000.00. I guess if they snag some of that prize pie, they’ll no-longer be amateur! So, if you think your team has what it takes to compete against the best amateur teams in the world, you better get yourself to Anaheim!

DOTA 2 may very well be the most popular eSport when you look at it on a global level. Additionally, no other competitions are able to match the single event prize pools that DOTA, their media sponsors, and crowdfunding are able to pull together.

Last year the total prize pool for The International was $25,5322,177.00. That is mind-boggling. If this year is anything like previous events, we should see an even bigger prize pool! The crowdsourcing is what makes this event so exciting for the fans. Last year just under 24 million dollars were contributed to the prize pool. So the fans are literally investing in the action, thus making them more emotionally involved with the outcomes! Top books such as Bookmaker, Bet 365, Will Hill, Pinnacle, and Bovada will have odds on the tournament and individual matches.

We should expect The International to take place in late August, perhaps September.

The City of Lights will hold this year’s Worlds. The drama is building with this one as the LEC always seems to come up just short during the Worlds. With home-field advantage (so to speak) is it finally G2 Esports’ or Fnatic’s chance to stand on top of the world? Is this the environment  LEC teams needs to finally topple Invictus and SK Telecom T1?

Needless to say that this is going to be one of the most watched eSports events in North America and Europe this year.

Qualifiers start in the fall. This one is a fan favorite because Epic Games has made this a merits-only contest. In other words, not big sponsors or franchises deciding who plays and creating cream of the crop teams. If you are able to climb the rankings and qualify, you’re in.

The 100 million dollar prize pool assured that we’d all be grinding away, trying to up our chops and qualify … and when we didn’t make it, we still felt heavily invested into this elongated tournament. Qualifying started back in the fall of 2018, and we are finally going to get the payoff of watching the competition unfold – hopefully, this fall.