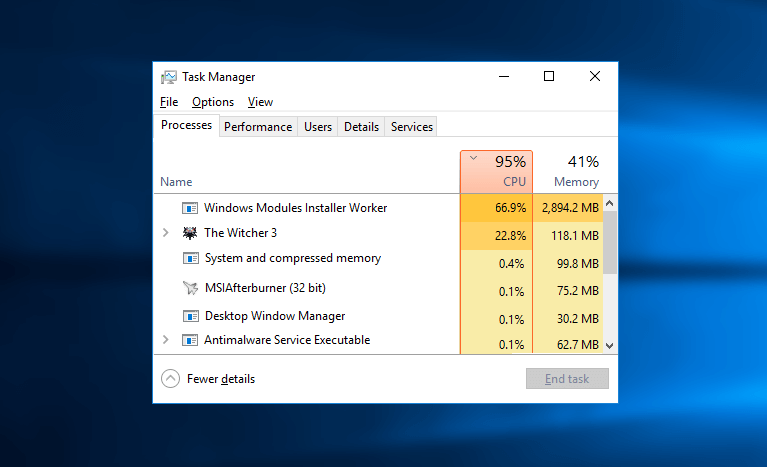 Windows and its overall operating system have its own set of functions and limitations. If you are here wondering you know of every single prospect related to it, you are completely mistaken. That is definitely not the case and it is not even possible to do so. This was the reason many didn’t know of the Windows Module Installer Worker and how it has been consistently running on the background of your system.

Recently, the majority of the people did highlight this recently when they found how much space in the disk it has been consistently occupying. Majority of the Windows users have been witnessing their systems slowing down and even becoming unresponsive at times as well.

Still wondering what this is and how one can disable it effectively?

What is the Windows Modules Installer Worker?

The Windows Modules Installer Worker is quite an underrated Windows update service that runs in the background of the system. Its main job is to search around for new updates and then install the same to your computer to keep it up to date and running smoothly without any bugs and lagging. If your system is installing or updating any kind of application, chances are that it will most definitely be running in the background.

Why is it taking up so much of CPU space?

While this is actually beneficial in multiple prospects, the one thing that does bring its functionality down is the fact that it does take up quite a lot of disc space. The bad news was what brought this into the foreground and occupied the majority of the CPU space, thus making the system a lot slower than usual.

That being said, it is also not a complete disaster because it runs in the background and then finally revives back once the process of the update is completed. The installer then disappears and then stops running in the Task Manager, thus making it easier for you to get back the free space in the system again.

Is it a virus?

It might sound a bit standoffish but there are actually a number of people who tend to think that this installer might be a possible virus taking up the system space. To address it, no, it isn’t a virus but is actually a part of the Windows operating system itself. There have been no such reports of malware disguising which clears out the fact that it isn’t a virus at all.

Although, if this being a possible malware is something you are worried about, it is always best suggested to run an extensive antivirus scan through any application and get the best results altogether.

Can it be disabled?

Following all of this, the next thing that does irk the minds of a number of people is the fact that can this be disabled? And if yes, how can one do so.

Answering the first question, yes, it can be disabled. Many people who don’t understand the dynamics and the importance of this do end up uninstalling it. The problem is that it is better to not uninstall it. The main reason behind the same is because of the fact that it will stop Windows from updating the existing applications which can actually hinder with the efficiency of the system and the applications running as well.

This is actually important to have your files download seamlessly without any kind of issues whatsoever. There are ways that you could install the updates manually but it is always best to ensure that you are doing so with the base of the windows itself. There could be times when you might end up forgetting to update the applications when you are doing it manually.

The Windows Installer tends to run after the manual searching only so there is no point swerving by it. If you still want to end up disabling it, make sure that you do so without any kind of accessory issues.

We are going to be sharing an extensive and well-researched way in which one can disable this without causing any kind of harm to your system.

One of the easiest and the primary ways of disabling this installer is to work around to uninstall the windows update service altogether. The only reason when the installer checks and runs are when the windows update service is running in the background. When you do this, you can be assured that it won’t end up using a large percentage of the CPU.

Yet another effective way to stop the working of the windows update installer is to go around and reset the internet settings. Once you close off the internet settings, it does become easier for you to prevent any kind of auto-update of the applications. This can keep a check on the CPU usage as well.

All in all, it is important to understand the importance of the Windows Installer and then see for yourself what works and what doesn’t. It is always best to avoid disabling it because it does have quite an important impact on the overall functioning of the applications that are installed in the system.