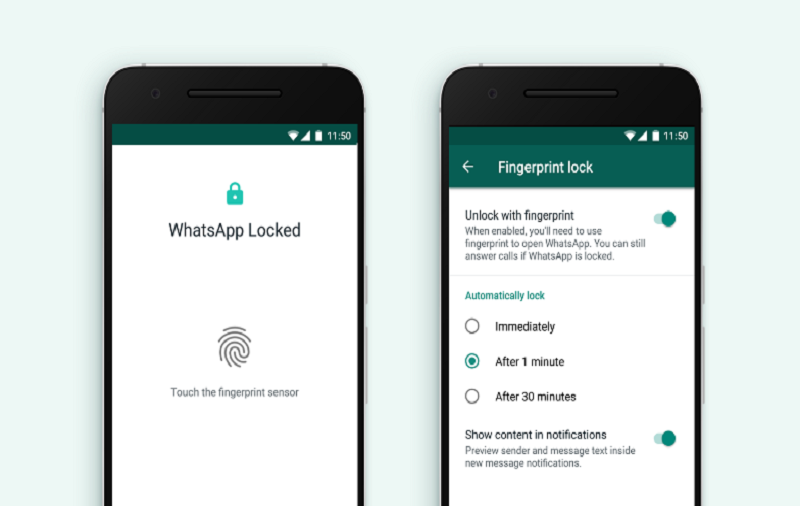 Since people use WhatsApp messenger app to chat with their loved one every day, sometimes the user wants to keep the conversation hidden and secrete from the family or friends. Therefore, WhatsApp recently added biometric locking of chats for its Android users. The feature was initially launched for iOS devices, and now Android users can also enable Fingerprint Lock on WhatsApp.

It seems live Facebook-owned company is now focusing more on user’s privacy as the number of hackers are increasing day-by-day. So the latest fingerprint lock system adds one layer of protection to users chats and keeps it protected from hackers and stalkers. With the official statement on the blog, WhatsApp announces that they already added Touch ID and Face ID feature to iPhone and now they are bringing the same feature in WhatsApp Android.

How To Enable Fingerprint Lock on WhatsApp For Android Devices

Note: Before heading to the process of activating fingerprint lock on WhatsApp on Android, you should update the WhatsApp app to the latest version.

Step #1: Open WhatsApp on your phone.

Step #2: Next, tap on Settings section.

Step #4: Here, you can see the “Unlock with Fingerprint” option, so just turn on the toggle next to it.

Step #5: Now confirm your fingerprint and also select Automatically lock option below with three options: Immediately, After 1 minute or After 30 minutes.

Step #6: There is also an option to Show Content in Notification which you can turn on/off according to your need.

Once you turned on Fingerprint Lock on WhatsApp on Android, you will only be able to access chats by using your fingerprint, not other people can open your WhatsApp. Well, they can reply to some of your messages from the notification shade and answer the calls even if you have locked the App. Well, if you use the apple regularly, then we suggest you choose the delay option in the fingerprint lock.

Previously, users were using some third party app to add some protection layer to the WhatsApp as well as other apps. Now the big relief for them as they can simply active fingerprint lock in WhatsApp on Android and uninstall third-party apps to make some space in the device.

Now your WhatsApp chats are safe as no one can read your messages with your permission on your Android phone. I guess its a significant step from the WhatsApp as it stands with users to keep users data private and safe. What are your thoughts about this new feature? Do you think Instagram should also add a Fingerprint lock feature in the app? Feel free to share your feedback with us in the comment box.