These days, LEDs are everywhere. You can see them in street lights, public places, in the supermarket, and even your PC components and phone use it! Why is that? The reason is behind the technology it uses: diodes that emit light when electrical current passes through them.

Light-emitting diodes are semiconductors that convert electric power into photons, small particles that compose light. In a few words, LEDs are made out of a positive (anode) and a negative (cathode) layer put inside a glass tube.

Energy would run from the short cathode to the long anode to produce light. The negative pole has many electrons waiting for the energy to be boosted towards the positive pole where some “holes” are filled with them.

Once they return, a huge pulse of energy is released in the form of photons, the components of light. The color of this light depends on how far these electrons go. The first LEDs we know were only capable of emitting infrared light we cannot see. By the way, they are used for daily things like remote control.

Anyway, the farther the electron goes, the blueish the light is. This is the reason behind getting red light in the beginning of LEDs development and it was recently, in 1994, that we got blue lights. And that was the kick-off of diodes in the market as we know them today, just like those Lepro offers.

Getting these electrons to emit blue light was a great milestone for humankind as it gave us a chance to come up with several colors in the visible spectrum that goes from red to violet. The consequence? LEDs now can serve light screens, signalling, giving user notifications (just like the ones you get on your phone), public lighting and more.

Why are they preferred over other lighting sources?

We, human beings, tend to use whatever assisting us in our goals in the most efficient way possible. Inventions occur first. But it is only after we have found a practical use, say, a desired goal with the minimum cost possible, we can call it an innovation.

As LEDs were evolving, we could find practical uses for them from the infrared to blue light. When Nakamura and company developed this light in 1994, they paved the way to use electronics as we are used to.

Take lighting bulbs for example. Since Thomas Edison, we have been using incandescent bulbs. These bulbs need 60w to emit between 720 and 800 lumens. When we wanted a stronger light, we would use bulbs demanding more energy like a 100w bulb.

LEDs changed that completely as they can emit the same amount of light (lumens) with much less electric current, around 12w, like those sold by Lepro.

Nowadays, we choose bulbs based on the lumens they emit instead of how much power it uses.

In a nutshell, LEDs come with this unavoidable features:

As you see, the benefits are many, enough reasons to transition from other types of bulbs to LEDs. Even more now when LEDs prices are similar to traditional bulbs’. Yes, the future is now! 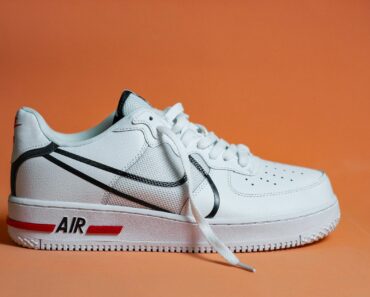