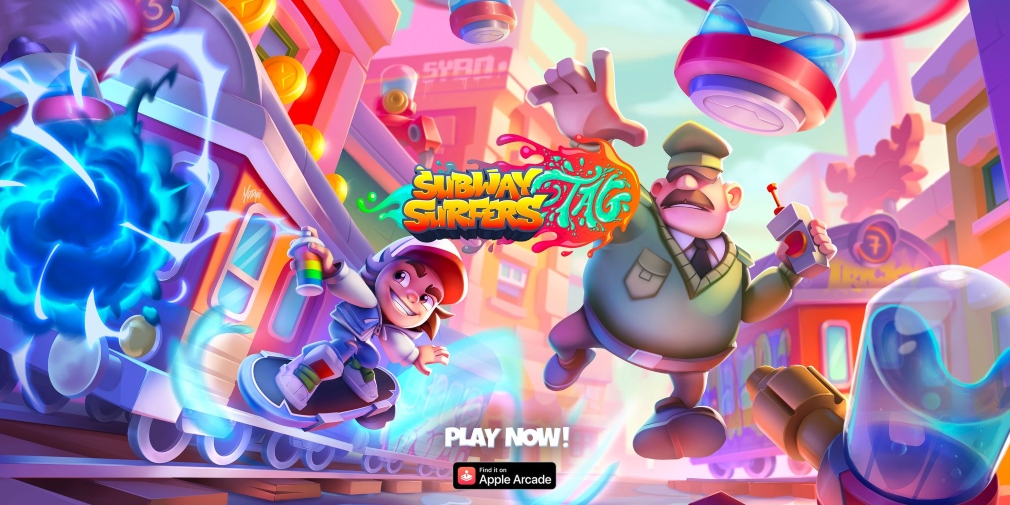 It’s been more than a decade now for Subway Surfers but the craze and hype of the game are still intact. This endless running game has still some depth as developers keep on adding new features which make this game interesting and desirable.

One such exciting element added to the game is Subway Surfers Tag. It is a kind of additional boost or you can say an alternate game to keep gamers engaged and occupied. So, what’s new about this recent entry and wondering if you get it on your Android-based smartphone? Scroll down the page below and find everything you are looking for.

A Brief Introduction to Subway Surfers

Before we jump into the successor, let’s talk a bit about the original game to get a clear idea. Subway Surfers is a classic running game developed and published by Kiloo and SYBO Games. It is available on Android, iOS, Kindle, and Windows Phone platforms. The objective of the game is to run as far as possible while avoiding collisions with trains and other obstacles. The game was released on May 23, 2012.

What is Subway Surfers Tag?

Now, here comes the interesting thing!! Subway Surfers Tag is a new entry to the franchise and is developed with the intent to expand the brand, Subway Surfer. It is equipped with several new elements and features to give thrilling and a one-of-a-kind experience to players. The game takes you through an endless journey in different locations.

While it follows the basic rule of the game, such as land jumps, tag objectives, blast clean-up crew bots, and grind along rails, the catch is that the guard won’t let you do all of this without a fight. He and his helpers will give chase to pause your activities.

This new entry is made on the 10th anniversary of Subway Surfers and developers officially said that there’s no better way to celebrate this huge event.

So, are you an Android user, wondering when you’ll be able to enjoy Subway Surfers tag on your smartphone? Well, fortunately, this might not be possible anytime soon. Developers official declared that Subway Surfers Tag is only available for iOS devices and you can easily get it from the Apple Arcade.

Also, if speculations are to be believed, then we can safely say that the game is not coming to Android very soon. In the nutshell, if you have an iOS device and an Apple Aracade subscription, then you can instantly download the game and start enjoying it. But for Android, you’ll have to wait for some time until any official information releases

So, that concludes with the Subway Surfers Tag. We hope our research and information have helped you learn more about the new entry to this game collection. While the game is super smooth and seamless, it ain’t like the original. If you are already addicted to the actual version, i.e. Subway Surfers, you’re unlikely to be too impressed by it.