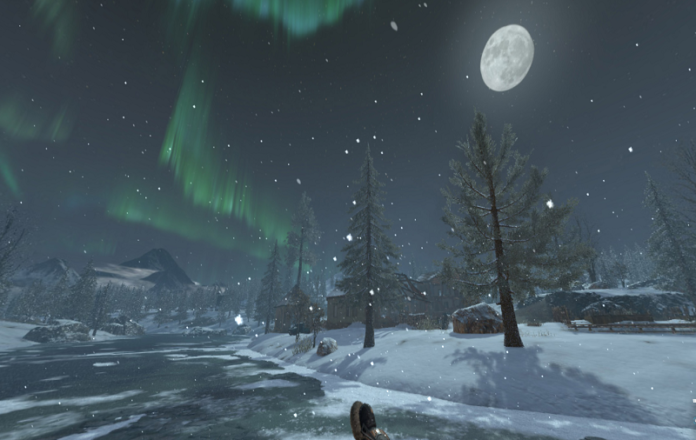 So, we have an the exclusive PUBG news about new PUBG mobile update 0.10.5 as the new updated PUBG Vikendi page including 360 screenshot which suggested that upcoming PUBG update will bring the new PP-19 Bizon (9mm submachine gun), selectable Weather for Vikendi (Day, Moonlight & Snow), and new sleekest snow bike. Check out the all detail of upcoming PUBG 0.10.5 Mobile update.

#1: Snow Bike
The sleekest ride for the ultimate freeride experience across wintery terrain. Chase down your opponents at breakneck speeds, or take it chill and work on your sick snow jump and flip. The snow bike is a multi-purpose vehicle, geared to making you the nimblest of riders or at least make you look it.

Well, the new PUBG 0.10 mobile version has Vikendi Beta with simple Day and Snow weather. But, have you through about Vikendi Night mode? How would it look when the moonlight touches the snow of Vikendi. Since the official PUBG Vikendi trailer has some glimpse of Vikendi night mode or we can say Vikendi Moonlight which looks beautifully amazing. Well we haven’t seen any Vikendi Moonlight mode in PUBG Mobile 0.10.5. Hence, the updated PUBG Vikendi page hinted that it Vikendi Night Mode will soon release with next PUBG update.

#3: New weapons: PP-19 Bizon and G36C
Talking new weapons with PUBG Mobile Vikendi update, there is no G36C gun found in the PUBG Mobile 0.10 update. Hence, we expect it in upcoming PUBG 0.10.5 update with the new PP-19 Bizon- A quiet deadly 9mm submachine gun, the bizon is best suited for quick but accurate sparring in close range but mind that it comes with a bit of a kick.

As the first PUBG Snow map teaser stated with some footprint, the upcoming PUBG Mobile 0.10.5 coming with the function of footprint tracking. So, Track down your enemies in an entirely new way. With footprints and tire tracks in the snow, you will always know where your enemy has been. But be cautions as you will be leaving a trail of your own!

#5: New Impressive Voice Chats
As people love using quick voice chats in PUBG Mobile while playing friends to have good fun, the PUBG corp. have recently confirmed on its social media platforms that they will add some impressive classic voices when you select the voice in the quick chat settings. So, get ready chit-chat with your friends’ even more funny manner with some new impressive classic voices in PUBG Mobile 0.10.5 update.

#6: Vekendi Stable Map
As PUBG corp. has just released the PUBG Vekendi map in 0.10 update is Beta. So, many people are facing matchmacthing and lagging issue. That’s possible in PUBG Vekendi beta. Hence, we will also see the stable Vikendi map in next PUBG Mobile 0.10.5 update.

#7: Mk47 Mutant
There is also an expectation of new Mk47 Mutant assault rifle in PUBG 0.10.5 Mobile update which uses 7.62mm bullets features a 20-round magazine and can fire in the single and two-round burst.n Mutant Mayhem, all players spawn with the Mk47 Mutant, 100 rounds of 7.62mm, and a level 1 vest. Played on Miramar, the mode is available for four-player squads (40 total), with a target score of 150 points.

#8: FPP Driving
There has been also rumored that you will get FPP driving mode in PUBG Mobile 0.10.5 after the long wait of these features. So, it will give the much realistic feel when your drive.

#9: New Vehicle Tukhsai
There are also rumors roaming around that PUBG will add new Vehicle Tukhsai in Sanhok map which will replace the UAZ, Dacia, and Minibus. The Tukshai is a vehicle capable of carrying up to three passengers. Tukshai lacks in speed it makes up for in matching the environment of PUBG’s jungle map.

Well, talking about the release date of PUBG Mobile 0.10.5 update, the is expected in the 18 or 19 of January 2019. So, these were some of the most talking features about next PUBG Mobile update which many people are missing in the PUBG Mobile 0.10 update. Hope you enjoy the article. If you like the post, please share with your other PUBG gamers.