TThe huge shift towards mobile games that we’ve seen in the last couple of years happened because of the high premium, high-performance mobile devices – smartphones available on the market. The number of mobile gamers increased rapidly starting from 2014, and the projected mobile gamers worldwide are expected to be 2.7 billion by 2021.

The mobile gaming market is booming currently and is not an easy task to decide which game is the best and what you should play next. Especially if you are a user of iOS devices. Due to better quality and rich visual experience, iPhone users are enjoying the gaming part a lot more than Android device users.

Software supremacy is also the reason why so many gamers decide to use iOS devices. Because of this, the IOS market is flooding with new games constantly making it hard for gamers to resist to try out the new stuff but also hard to choose which game is worth the time and the effort.

Nowadays, it’s very easy to make your own game website and promote online to your target audience, hence the large volume of produced games on a weekly basis.  Because of this, the list of IOS games is long but we’ve managed to get it down to three choices.  You can start in 2021 with the best games for your IOS devices.

The Most Popular Games for iOS Devices in 2021

Pokémon Quest was released on 30 May 2018. Even though it was released in the second quarter of 2018, still it managed to gain on popularity and fame. Why? Because it’s a part of the Pokémon series and it’s developed by Nintendo. By default, games published by Nintendo are very engaging and interactive. Following the successPokémon Go had, the new action-adventure game is even better. You are playing with a cube-shaped Pokémon leading it out on an adventure while on a Tumble cube island. The search for hidden treasure and the battles with other Pokémon are the favorite parts for all gamers. 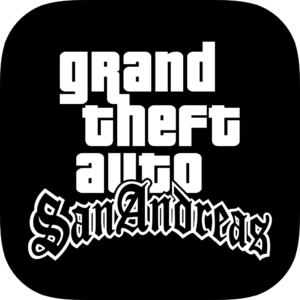 We are all familiar with the GTA San Andreas mainly because it was a huge success for PS and desktop devices. No wonder that the developers Rockstar decided to release the game for mobile as well.

They did a pretty good job with the mobile release as it became a huge success.  If in doubt of what to play, choose GTA San Andreas and you will be happy for sure.

The game has over 70 hours of gameplay and the installment takes you back to the hood to follow the life of Carl Johnson.

Alto’s Adventure was perfect. Stunning visuals and great gameplay and challenges. It was relaxing and fun at the same time. The sequel Alto’s Odyssey is even better. If you are tired of the snowy mountains, now you will have the chance to enjoy hot weather and the dessert. Instead of snowboarding, you will be now sandboarding, avoiding tornadoes in the stunning visual content running in the background. If you haven’t tried it yet, you defiantly should.  It has hooks and you will always feel relaxed and good about yourself when you stop playing the game.

All of the games above provide great visual experience and challenges which are the two most important elements for a game to be successful. If all of the game developers incorporate these elements in the right way, we will have more games that we can in fact play.

The issue always is in the complexity of the challenges and the visuals. If the game has complex challenges that take a lot of time or simply can’t be achieved, then you wouldn’t want to play that game for sure.

Fortunately, all of the mentioned games above are great examples of how a mobile game should look like. The user experience is what will make you fall in love with a game and then come back over and over again to play it.

You can start in 2021 in a great mood with the best games on the market. In the end, you will know in which game you should invest time and effort this year and expect to have the best time ever.