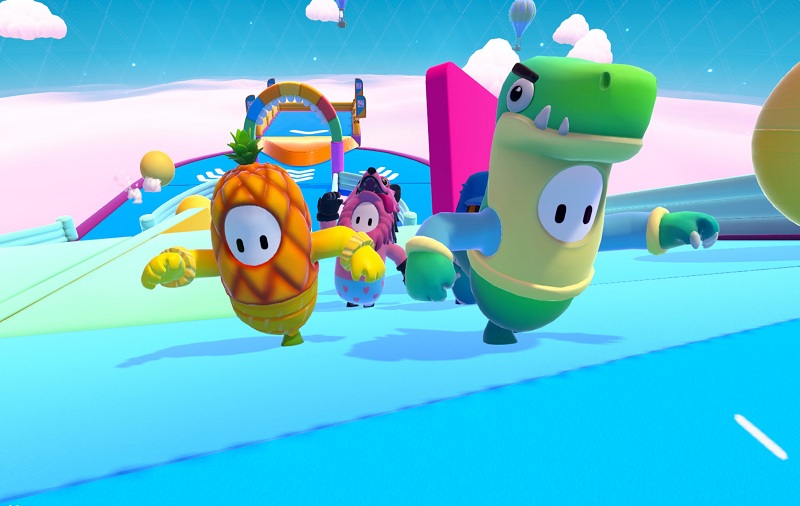 What is Fall Guys?

Fall Guys is a short name fully known as “Fall Guys: Ultimate Knockout”. This is the latest battle royale game from Mediatonic and published by Devolver Digital.

Currently, the game is only available for Microsoft Windows and PlayStation 4 platform. But we can expect it soon for Xbox One and Mobile considering the craze among people.

Within a day of launch, the game managed to get more than 1.5 million players, and then on August 10; the game had sold 2 million copies on Steam. Even the game server got suddenly down because of the sudden popularity of the game. And the game now has more than 8 million players on PS4.

This game is inspired by the games like Takeshi’s Castle and It’s a Knockout. Within a week of release, the game managed to have obtained a consistent player base of 100K is quite the accomplishment in itself.

Just like other battle royale games, in this game, around 60 players complete in a match. The look of the character is like jellybean-like figures, and you can move around three-dimensional playing field, with additional moves such as jumping, grabbing, or diving to assist gameplay. It has a delightful color pallet, simple but yet, entertaining physics. You will have to qualify for subsequent rounds by successfully completing each of the randomly selected mini-games.  All you need to reach the finish line as soon as you can using some objects.  By completing mini-games, you will reach the next stages and compete with other winners. And the last man standing will win the match.

Fall Guys also let you use an in-game currency called “Kudos” to buy some cosmetics and emotes just like other games to showoff in game. You can get Kudos by reaching to the Crowns and completing matches.

Most of the users are asking this question since the release of the game in the first week of August. If you want to play Fall Guys on PS4, then it would be glad to tell you that you can get Fall Guys free for PS4 for this month.

Many users are also asking is Fall Guys free to download on PC. If you want to play Fall Guys on PC, then you will have to spend only $20. This price is too low compared, and the game has all the types of amazing skins, colors, and animations.

According to one Fall Guys player “Unlike most Battle Royales that have 80% trash items and 20% interesting items, I would say its the opposite for Fall Guys. 90% of all store items are desirable”

As the game is multiplayer, some geeks are also asking that Fall Guys support cross platform. To answer your questions, we should tell you that Fall Guys does not support cross. So if you are playing on Fall Guys on PC, then will only be able to play with your other PC players.  But the Fall Guys cross-play will soon be available in future updates.

At the launch, the developers of the game clearly said that the game will be able for PS and PS4. They didn’t reveal any official about the release of Fall Guys Xbox, but we can expect the release of this game this year later.

Since many popular game streamers started playing the game, many viewers are also wondering that is there any change to get Fall Guys on Android or iOS. As of now, the game is only available for PC and PS4. But we can also expect the game for mobile since other multiplayer games are also available and creating great records.