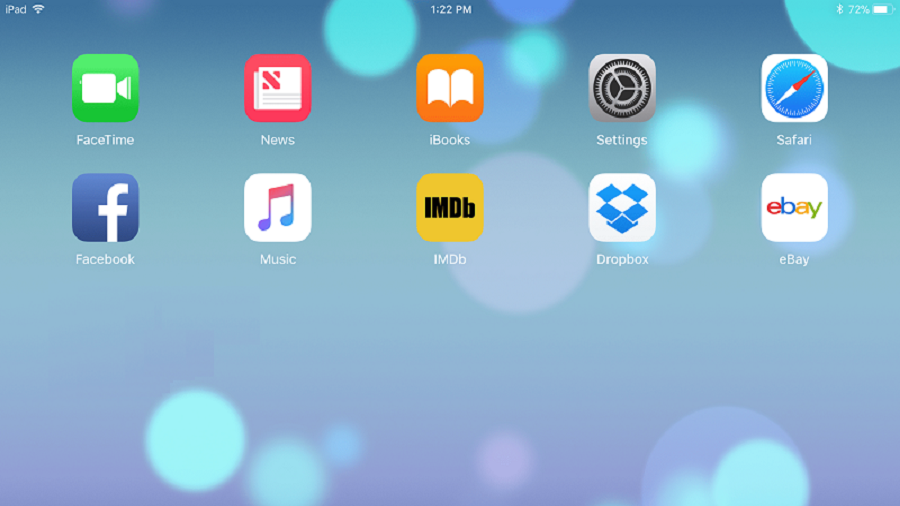 You might have used Android emulators like BlueStacks to run android apps and games on your Windows PC or laptop. It is fun to use these Android apps on the bigger screen. Such emulators provide an Android OS like a platform to your Windows PC and they allow you to Android app on the PC. But have though that won’t it be amazing if you could do such all things with iOS apps or there should be an iOS emulator for Windows that allows you to run IPA on the PC. Yes, with an iOS emulator called iPadian you can use iOS applications and games on your Windows PC. You can make your laptop look like it is running on Apple’s iOS.

iPadian is claimed to be the best iPhone emulator available in the market right now that allows you to install and use iOS apps and games via their IPA on your Windows device. According to its official site, the iPadian is much like a simulator than an emulator. Well, the difference emulators and simulator is that an emulator provides a local version of another OS on your Windows device (just like BlueStacks), while simulators only give the impression of using the different OS on your Windows PC (but actually you are not). Like Android emulators, iPadian will not give you access to the Apple Store to download games and apps but you can use apps that are specially made for iPadian simulator.

So, the iPadian won’t allow you to open the iOS App Store. It actually offers the iPhone and iPad like user interface on your Windows system. It just imitates the iOS system on your computer. Right now it supports iOS 13. So, just run iOS apps on Mac and Windows with iPadian. It is one of the most trusted and popular iOS simulators with over 10 million downloads and 1 million daily active users.

Requirements to run iPadian on your Windows Computer:

How to download and install iPadian on your PC

Step #1 – The first step is to download the latest version of iPadian emulator setup file for its official site. We have given the link below:

Important – Your PC must have installed Adobe AIR as it is a necessary tool to run and use the iPadian app on your PC.

Update – Earlier, iPadian was available for free download but as of now users have to pay $20 using PayPal.

Step #2 – Now open and run the iPadian setup file and complete the process of installation as per the instructions are given on the screen.

Step #3 – Now you can install apps made by the developers of iPadian especially for this simulator and experience the iOS system on your Windows PC.

Once you have installed an iPadian on your Windows PC you can easily download and apps directly within the tool. With the latest update, the simulator comes with a pre-installed apps option as well. If you want to know what apps are supported on iPadian then we made a list of them here.

Instagram by iPadian works similar to the official iOS app. You will be able to access your Instagram account after login and experience the same interface as the original. The only drawback of this app is that you won’t be able to upload photos with this app. If you want to know how to upload photos on Instagram from your PC then we have another tutorial for that.

There are more than 30 music apps in the iPadian app store but Spotify is the best among all of them.

iPadian developers have used open API of WhatsApp and Facebook to create apps for the iPadian. Earlier these apps weren’t working fine but with the latest release, they are working fid without any issue.

Other than these, there are hundreds of apps that can be installed on your PC using iPadian. So if you want to experience the iOS platform and UI on your PC then iPadian works best for you.

As we said that the iPadian is a simulator, not an emulator so you won’t be able to access the Apple App Store from this tool. Plus, one has to pay $20 to install this app so it is up to you. Are you willing to pay to experience iOS 13 on your PC? Then try iPadian.