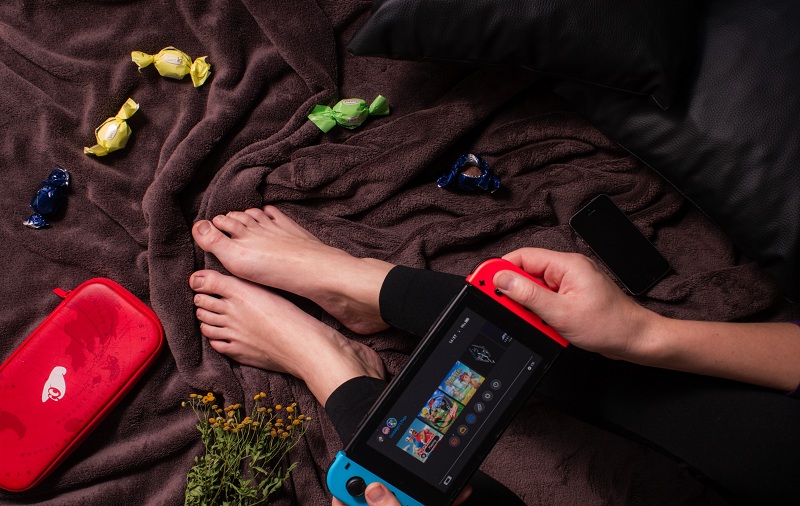 Well, 2019 is over and we have entered into the whole new decade. So the New Year needs some of the best games of the past years so in case if you have missed anything then it can be redeemed now. So today, in this article, we are going to list some of the best switch games that you can try even now. We have covered almost the top 22 switch games and if you find any of your favourite or popular games missing from our roster ten you can leave its name in the comment box.

We haven’t listed recently released games like The Legend of Zelda: Link’s Awakening, Cuphead, Fire Emblem: Three Houses, and many more. So you are going to find some absolute gem best switch games to play on your devices.

This isn’t just the best switch game but it’s one of the greatest games of all time essentially, a reboot. This game takes everything you know and love about Zelda and completely re-imagines it. Open-world games simply won’t be the same. We are living in a post-Zelda world, players.

This is exactly what the name implies. It is the ultimate incarnation of Nintendo’s 20-year-old Brawler series. Over 1,000 characters, a 20-hour single-player campaign, and decades of Nintendo music make this an easy pick for our list of the best switch games.

The latest entry in the Mario series feels like a spiritual successor to Mario 64 and the best part is that the game doesn’t actually start until you roll the credits. You may try that darker side of the Moon level.

You can’t go wrong with Mario Kart and MKA is an absolute banger. The editions of online racing and old-school favourites like Balloon Battle, take an already excellent kart racer and make it nearly perfect that is how it should be.

This is a textbook example of everything the sequel should be. It is bigger, smarter, and just straight-up more fun. The gameplay loop is super addictive and it starts as a cute little robot with a jetpack.

Imagine if Castlevania was randomly generated and fast as wind that’s what Dead Cells feels like. Every run is fresh and engaging even if you die a lot, like a really LOT.

You probably know how hard NES games could get and Celeste is a lot like that except it is also about love and depression and banging soundtrack. It gets really difficult but the journey to the top is well worth it.

When this Switch game was first announced, everyone had a good hearty laugh. But then, Miyamoto himself came out on the Ubisoft stage and was like “this game is going to rule” and he was right. It is XCOM but set in the Mushroom Kingdom sort of and also the rabbits are there. And, if that’s your kind of crazy then try this game.

This is one of those rare games that you can play for more than a year and still not be tired of it. Nintendo has done an amazing job of supporting the game post-launch with tons of additional content and tournaments. It is still a good time to try this one of the best Switch games from Nintendo.

All the demon-slaying and skeleton bashing you can handle plus, tons of different character classes to choose from and all the DLC along with his wacky Ganondorf caution is pretty great.

Start a farm, catch a fish, date a girl, fight a bunch of monsters in a spooky cavern situation are all about this best switch game and do whatever you want to do, the world is your oyster in this mega deep farming. Just try not to invest too much time on your fake life as you may lose your real friends.

This beloved sequel is widely considered one of the best JRPGs of all time. You will never want to leave all rests even after spending hundreds of hours exploring its huge open world.

Simply, put Tropical Freeze is one of the most innovative and challenging platformers to ever grace a Nintendo system. Plus, Funky Kong is cool in a major 90s way that kids love. So trying this switch game would really give you tickles.

Underneath the over-sentimental presentation and ridiculous title of this Wii U port lies dozens of tough and clever 2D Mario levels that make for some of the best local co-op multiplayer on Switch. Plus, that Vango level is the best.

You get the best of both worlds with Monster Hunter Generations Ultimate. You can play using a comfortable pro controller but you can also slay its more than 100 monsters in-person with friends. Plus, you can play as an adorable cat and pet alpacas.

Do you remember Advance Wars? Of course, you do like that game rules. Wargroove is a lot like that game except with a medieval theme and the ability to pet dogs. We mean who doesn’t love a good dog pet. Also, the game is very good so it could be said one of the best Switch games.

Pokemon Red and blue are some of the greatest RPGs of all time and this lovingly crafted remake takes everything awesome about the gen 1 games and gives them a fresh coat of paint and the ability to fly around on the back of an awesome Charizard.

We know another Metroidvania on the switch. But this one is actually one of the best Metroidvania of all time. With an absurd amount of paths to explore, bosses to fight, and secrets to uncover, Hollow Knight, is absolutely a must-own.

Do you love your switch too much? Do you live in a world where you are afraid you shall never get to chuck your handheld across the room and a fit of blind rage? Then we have got a game for you. It’s Dark Souls and it’s exactly as tough as everyone says it is.

Yes, it’s fortnight on the switch. One of the most loved Battle Royale games in the world. The developers have made this game available on Switch. So try this experience.

In this game, you tear through giant spaceships and shoot down enemies as a space ninja. Easily one of the coolest experiences on the switch and it is constantly being updated and refreshed. So you cannot deny to put in on our best switch games list.

This best switch game is probably the most underrated game on this list. This awesome spin on the mushroom kingdom is a part puzzler, part-time trial, and full-on cutest game. You cannot ignore his little vest and you will adore this guy.

These are our picks. We have gathered the best switch games and ranked according to our interest and popularity of these games among the players around the world.