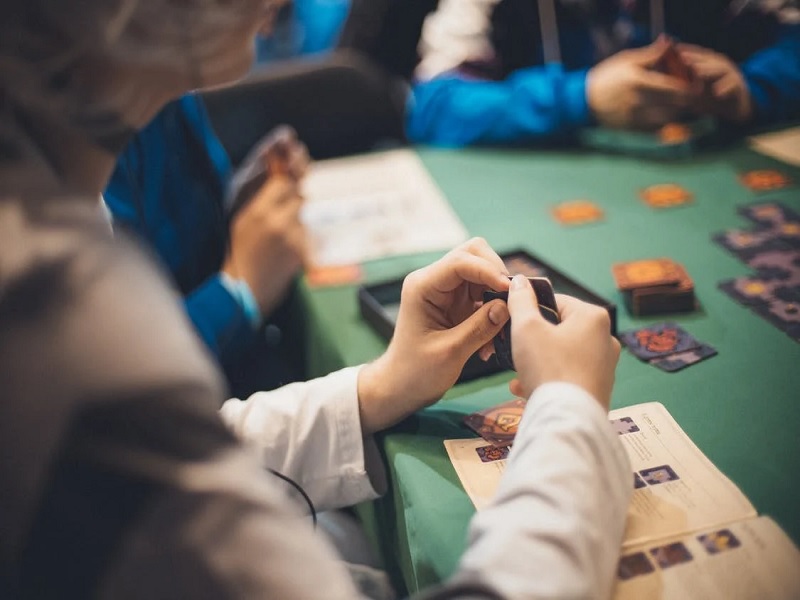 Dozens of new games are released every month in the iGaming industry, and if you choose the right site (e.g., https://gg.bet/en-ca/casino), you can try them all for free. Netent is one of the most productive studios in this regard and is known for slot games that are both creative and innovative. This Sweden-based developer has made a fast start to the spring of 2022 and has already released many new games: more are expected to be released shortly. We list these games for you and briefly explain each of them.

This is a “disco” and “retro” themed video slot, but unlike the classic options in this category, it uses 8 reels. The game does not have paylines, instead, the “cluster pays” mechanic is preferred, and this is combined with the “avalanche reels” feature. To put it simply, this means that in order to win, you must form clusters of identical symbols. The playing field is an 8×8 grid with 64 symbols on the screen at any given time. When you do this, all symbols in that cluster disappear, and new ones take their place. These new symbols can trigger a different win, and this cycle can continue for a long time if you are lucky enough.

A feature called “dancing wild” is used to help you win. Before each spin, a special area of ​​at least 2×2 size is selected on the grid, and if the winning symbols are within this area, a “dancing wild” symbol appears. If you manage to collect three dancing wild symbols, you get 6 free spins, and the wild symbols do not disappear from the screen until they are over. In addition, you can win multiplier payouts of up to 10x during normal gameplay.

Space Wars was released in 2015 and managed to become one of Netent’s most popular slots due to its unique mechanics. This sequel takes all the features of the original game one step further. When you start playing, you will see a 6×4 grid and a “powerpoints” meter. By creating clusters of identical symbols on this grid, you can qualify for a payout, that is, the “cluster pays” mechanic is used in this game too. Each win slowly fills the powerpoints meter. As this meter gets full, you start to win multipliers (up to 30x), and when it is completely full, you can trigger the free spin round.

In this round, the number of reels remains the same, but the number of rows increases to 8. (The playing field becomes a 6×8 grid.) You can continue to fill the powerpoints meter during the round too. Doing this will allow you to win additional free spins at certain point ranges (between 1,400 and 8,400). It is also possible to start this round whenever you want by paying, Space Wars 2 comes with a “bonus buy” feature. In the free spin feature, you can win up to 25x with the help of wild symbols.

Knight Rider was one of the most loved TV shows of the 80s. It was so popular that it is being adapted to different products even after all this time. Netent does this with a video slot: this time, it’s our turn to start an adventure with Kit. This is a classic video slot with 5 reels and 26 paylines, with an RTP of 96.07%. The playing field consists of a 5×4 grid, and you can win up to 7,000 times your bet.

In addition to being able to substitute for other symbols, the wild symbol can pay up to a 5x multiplier, and once it appears, it does not disappear from the screen immediately. Instead, it switches to the next reel with each spin and continues doing this until it reaches the last reel. You can trigger the “Turbo Booster” feature at any time during the game: doing this places up to 4 wild symbols on reels. You can also win 10 free spins with three scatter symbols. The “Knight” symbols appearing on the screen during this round give more spins.

At first glance, this game with the theme of “jungle” and “gorilla” looks like a classic video slot, but we can say that it has quite impressive features. Despite having a classic 5×4 playing field, it contains 1,024 paylines and offers the chance to win up to 45,000 times your stake. The RTP rate is set at 96.11%, so you can be sure that the payment frequency will be satisfactory. The minimum bet limit is only 0.10, so low roller players can try the game without having to worry about their budget.

Silverback Gold can place up to 20 “silverback” (wild) symbols on reels at any one time. This is a randomly triggered feature that is called “Silverback Attack”. In addition, when you land 3 – 5 scatters, you get 10 – 20 free spins and can upgrade symbols during this round to make them pay more.